Having only recently been confirmed to be receiving a localisation for the Western world, a subtitled trailer for Tales of Hearts R has been released by Bandai Namco.

Tales of Hearts R follows the story of Kor Meteor, a brave young man living in a small village by the sea, as he sharpens his fighting skills under the watchful eye of his grandfather. Impressed with Kor’s growing skill, his grandfather bequeaths to him a special type of weapon known as a Soma. Soma users must possess exceptionally strong Spiria, the source of all life from which the human mind and will are derived.

Armed with his Soma, Kor soon encounters a young woman named Kohaku Hearts who has been placed under a spell by a mysterious witch. As Kor attempts to lift the spell, he accidentally shatters Kohaku’s Spiria Core, the source of her emotions. Kor must set out on a journey to find a way to make Kohaku’s Spiria whole once more.

Though there is still no definitive release date, the trailer below is a sign of progress. Which is good.

Namco Countdown to Next Tales Game 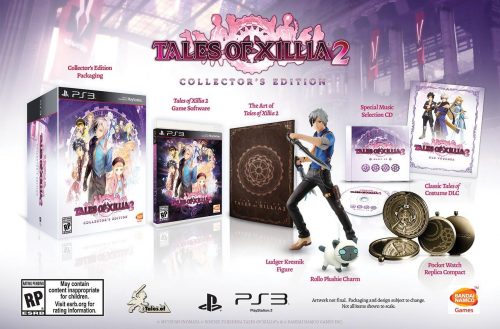