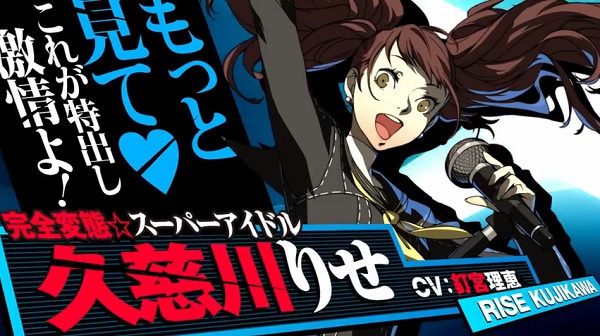 It has been revealed today by Atlus that Rise Kujikawa will be a playable character once Persona 4 Arena Ultimax is released. Previously Rise was only an announcer in the game but now she will be a fighter. As such to go along with her announcement the company has released a trailer, found below, that gives us a brief look at her fighting style and how her persona will be used in combat.