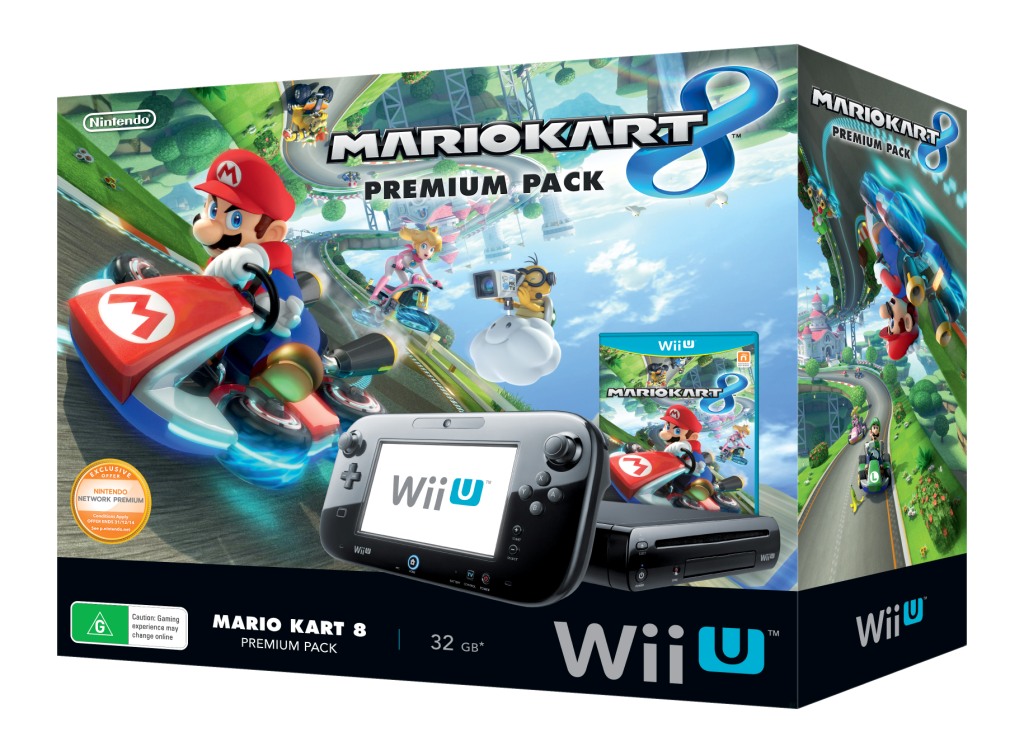 The w8 is almost over

With just over a month to go until Mario Kart 8 turns racing on its head, Nintendo has announced that a Mario Kart 8 Premium Pack Wii U will join the game on its May 31st release. With a suggested retail price of AU$429.95, the pack will include a black Wii U Premium console (with 32GB of storage), a black Wii U GamePad controller and the game itself. Naturally.

Set to feature 16 remixed classic courses, as well as 16 courses that are brand new to the series, both newcomers and veteran drivers alike will notice a rahter interesting feature: anti-gravity. This will allow players to switch it up a little and race upside down or up vertical surfaces. NOTE: Anti-gravity is not a regular feature of karting and should not be attempted in real life.

In addition to new courses, players will also be able to enjoy jumping into their karts as a number of new racers. Take Bowser’s minions for example…all seven of them. Each is now ready to race and bring a little chaos to the track. That being said, some players may prefer taking a drive with a more seasoned driver, say Yoshi and Peach for example. While you’re at it, why not represent the lovable dragon or easily kidnappable princess and pick up one of the specialised Wii Remote Plus controllers. For AU$69.95 you could wield in your hands the trademark symbols of Yoshi or Peach, an egg and crown respectively. Though if you’re buying the controller, I’m sure you knew that already.

So for those of you without a Wii U already, perhaps it would be best to wait and net yourself a nice deal. Perhaps a lovely little controller to round it off? Well, you’ve still got a whole month to think about it.