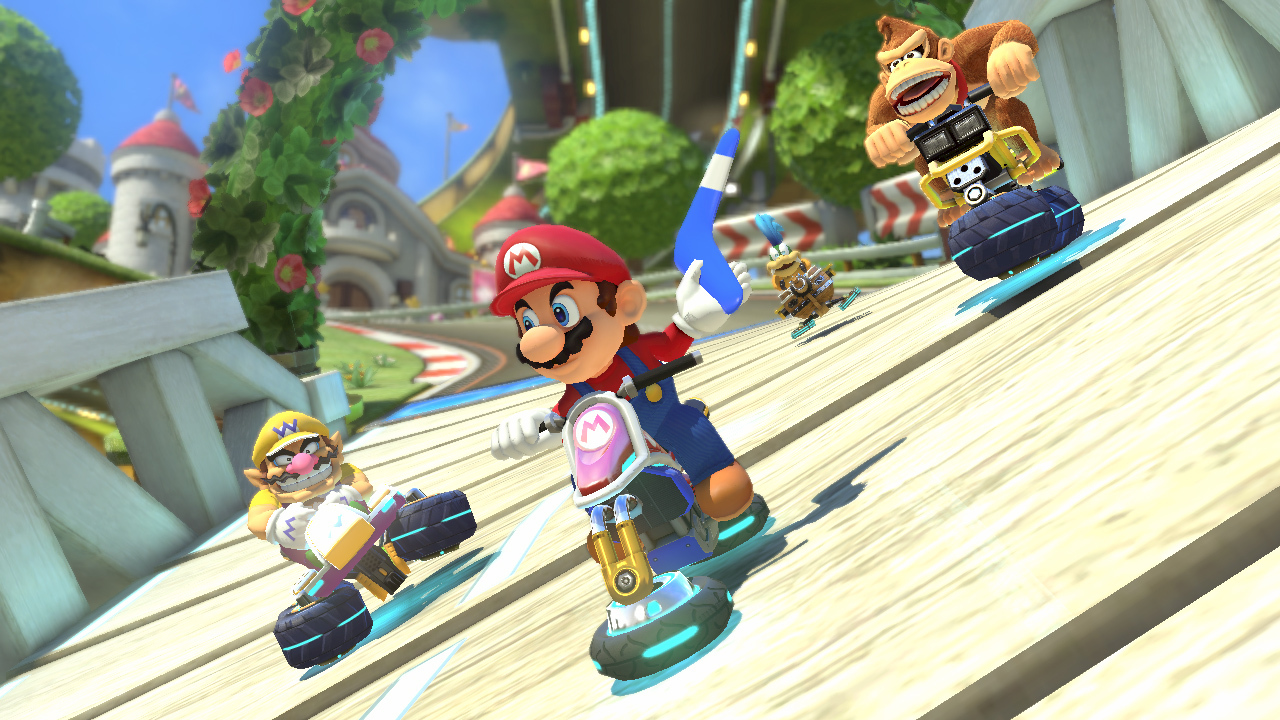 Mario Kart fans prepare to be excited as one of the most exciting trailers yet has just been released for Mario Kart 8 on the Wii U, this time revealing a few new characters, new tracks and even some new abilities and items. You can watch the trailer below, but first, read on to see what has been revealed.

First off the newly announced characters that are joining what seems to be the largest roster yet for a Mario Kart game after it was announced all 7 Koopalings would make an appearance. The three new characters are Shy Guy, Metal Mario and Lakitu. Glad to see the guy who was always stuck holding the flags and bringing you back on the track when you fell off gets his own turn behind the wheel. (But who will rescue us when we fall of Rainbow Road now…) 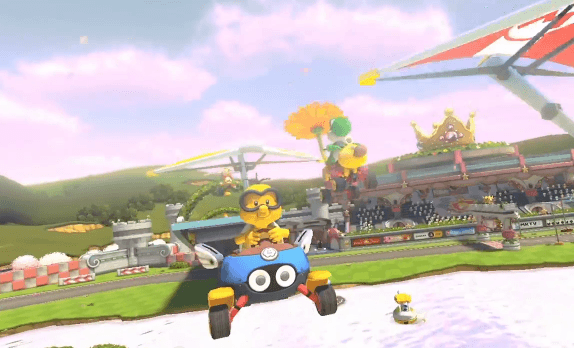 Secondly, a few new tracks and some very popular fan favourites will be making an appearance. As we expected, we are getting a new Rainbow Road that will feature some amazing scenery and plenty of anti-gravity sections. We are also getting alot of new tracks. Below is a list of all the confirmed new tracks for the game.

As for retro tracks, expect to see Toad’s Turnpike, Royal Raceway and the N64 version of Rainbow Road as well as Donut Plains 3 from the SNES. Also making a return is Moo Moo Meadows from the Wii, DK Jungle from Mario Kart 7,  as well as Cheep Cheep Beach Tick Tock Clock both from the DS version. 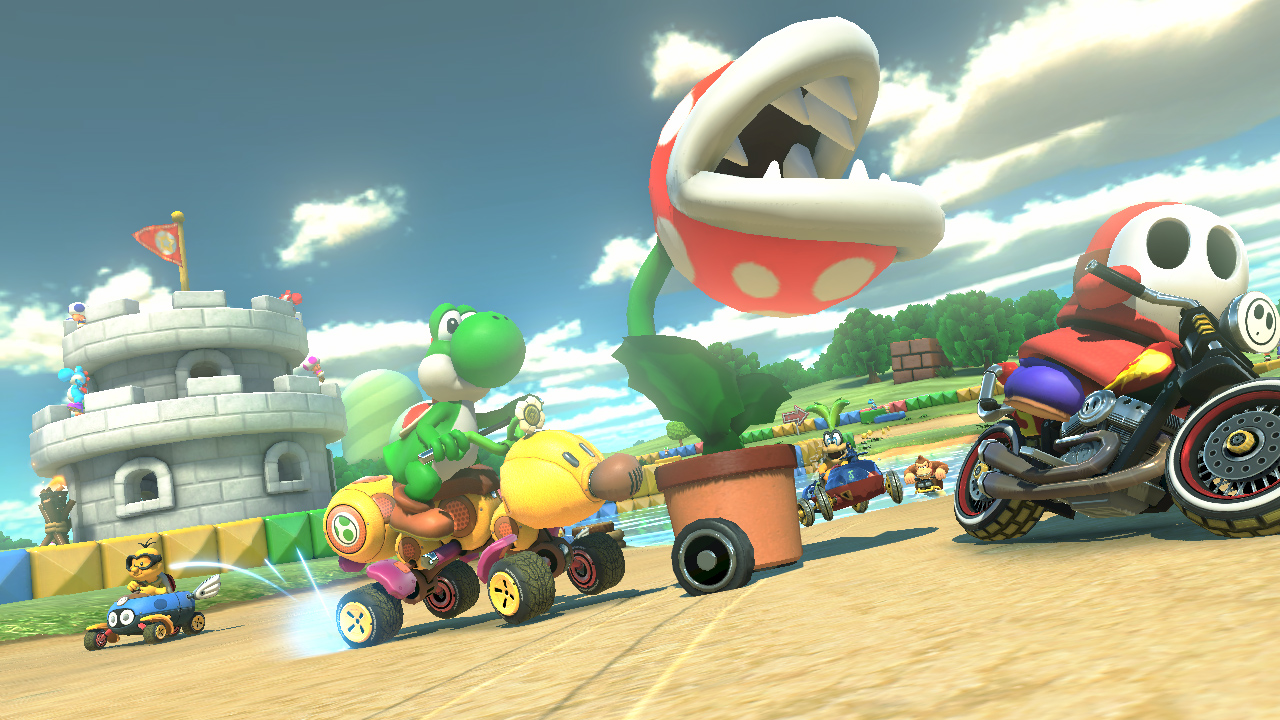 Lastly, a few new items and abilities. The Piranha Plant stays in a pot in front of you, biting anyone that gets in your way. It also continues to bite when no one is around, swallowing air and giving you a nice boost. The Boomerang gets thrown out in front or behind you and can hit your opponent either on its way to them or on the Boomerang’s return trip to your hand. You have to try and aim at your opponents whilst driving to hit them and you can use it up to 3 times before it dissapears. The Cannon Box that Mario could wear on his head from Super Mario 3D land was also in the mix but no knowledge of how this item functions is out yet (although in that game it constantly shot cannon balls which seems like a perfect for Mario Kart). The final new item shown today was the Coin, which simply adds two coins to your current total.

Some items (such as the Golden Mushroom) will feature a timer so you know how long they have left before they dissapear and you can no longer get a new item if you are dragging one behind you. We also learned that if you bump into someone while in anti-gravity mode, you will get a speed boost while also giving a speed boost to your opponent. 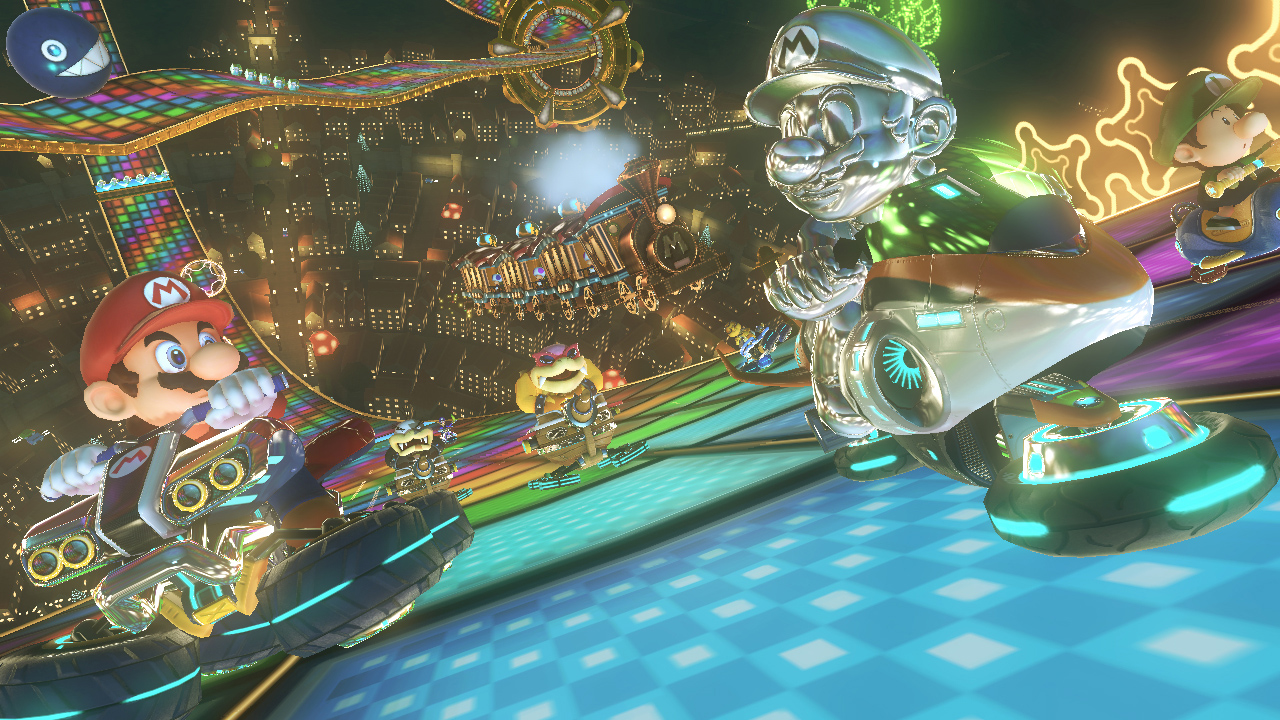 Other intersting features about the game were also mentioned or reiterated upon:

Hopefully that was enough information to tie you over until the release date on May 30th, which was reconfirmed today. Those who purchase the collectors edition from EB Games will receive a blue shell trophy as a bonus. After all that reading don’t forget to check out the trailer below to see it all in glorious HD action.