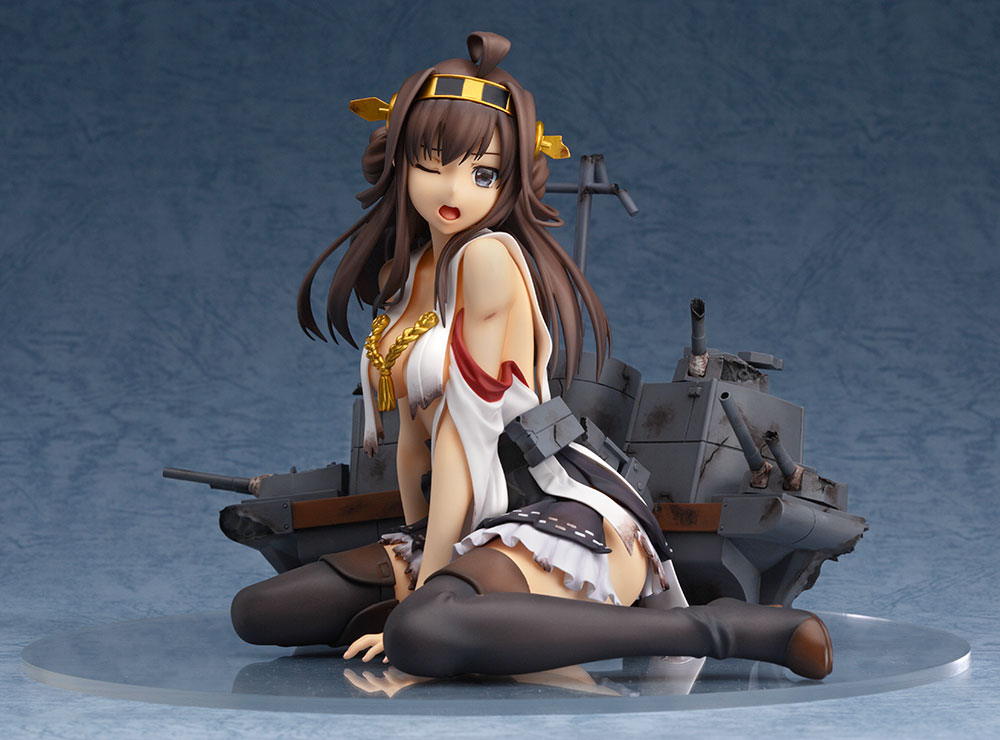 A number of new nendoroids and one new figure have been placed up for pre-order from Good Smile Company. The highlight of these new figures happens to be a certain green clothed hero named Link, but the focus is on the extremely popular Kantai Collection. Each of these figures is currently available from the company’s website and more details on each can be found below.

To get things started we have a nendoroid version of Link from The Legend of Zelda: The Wind Waker. The Nendoroid is priced at ¥4,000 and will be released sometime in August 2014. The figure can be pre-ordered here and comes with numerous facial expressions, the hero sword, shield, a heart container, and the Wind Waker itself.

Before we move on to the other figures, we have a Nendoroid of the ‘King of Heroes’ Gilgamesh from Fate/Stay Night. This one is priced at ¥4,800 and is set to be released in August 2014. The figure features two different expressions as well as his ‘Gate of Babylon’ special ability and his sword, the Sword of Rupture. Those interested in pre-ordering the figure can do so here.

Now on to the primary focus of this pre-order announcement, the Kantai Collection figures. To start with we have a Medicchu version of KanColle’s Agaki which will be released in September 2014. From Phat! Company this Medicchu chibi figure is of the aircraft carrier Akagi from Kantai Collection. This Medicchu series is a bit larger than the Minicchu series so it allows more details to be added onto the figure. It comes with the series’ signature bucket and can be pre-ordered for ¥2,160.

Another Medicchu figure for Kantai Collection is also available for pre-order and this time around it is for the battleship Haruna from the game. The figure is 6.5cm in size and will be released in September 2014 from Phat! Company and can be pre-ordered for ¥2,160.

Finally we have another Kantai Collection figure but this time around it is a 1/8th scale figure from Max Factory. This figure is of the half-damaged Kongo from Kantai Collection. Kongo is one of the more recognizable characters from the game and this figure is designed after her damaged artwork in the game when she falls below half health. This figure is set to be released in September 2014, is price at ¥14,800, and can be pre-ordered here.