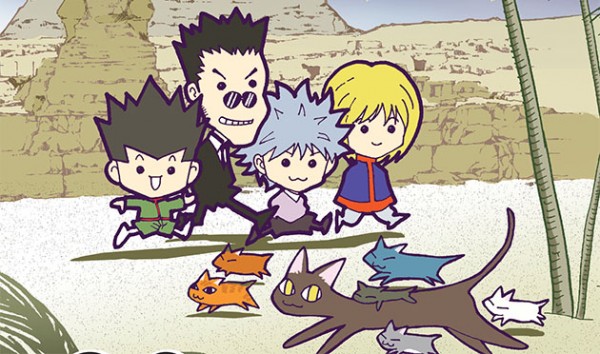 At the moment Hunter x Hunter has an anime adaptation running on Japanese television and it is currently unknown what will happen to the anime after it catches up to the source material or after the events of the Chimera Ant arc, but it will likely go on hiatus as well until more source material is published. Below you can see the announcement picture placed on Shonen Jump’s website. 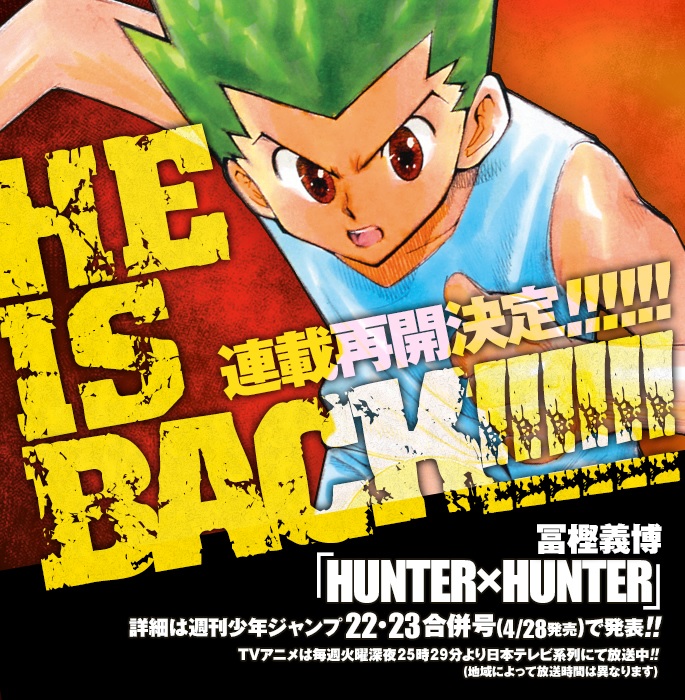