Galactic Civilizations III is the long awaited continuation to the Galactic Civilizations series of 4X games. The title is among the first games to support only 64-bit systems. Stardock feels this will result in larger games with greater details. The game recently entered Steam’s Early Access program with a pricy $99.99 Founders Pack. It is currently in an extremely early alpha state, so the price is set high to provide serious fans of the series a chance to provide meaningful feedback that will shape the future of the game. 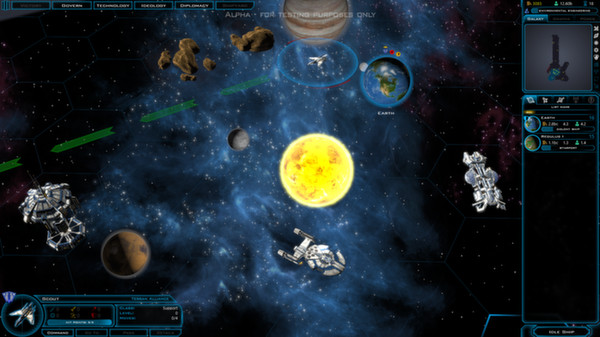 For those new to the genre, 4X is short for “eXplore, eXpand, eXploit, and eXterminate.” These games are turn based strategy titles that provide players with multiple paths to victory. Games can be won by having an empire spread its power culturally, diplomatically, militarily, and so forth. It is not necessary to win through brute force alone, like most strategy titles. Galactic Civilizations started in 2003 as a remake, and quickly rose in popularity. Almost eleven years later, Galactic Civilizations III will be the first game in the series to support multiplayer battles while continuing the single player storyline.

Currently, Galactic Civilizations III is an extremely early alpha. Many of the game’s features are currently missing. At this point, the only way to win a game is to exterminate the enemy. The Tiny/Small randomly generated maps and four races are currently available to get players acquainted with the new engine. An ideology system will help provide some bonuses based on the decisions of the player during certain events. 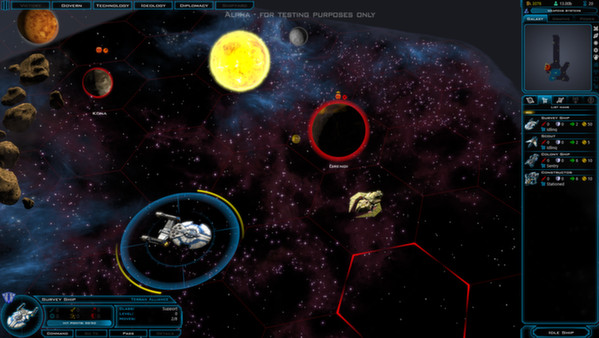 At the beginning of the game, players can only create the most basic of ships to scout around the map, colonize new planets, and build starbases. Exploration will net many mysterious events around the map that will give players a variety of things like bonuses to research, income, and extra ships. Those who can make use of these discoveries will gain an early advantage against their opponents.

The branching research system is the main form of progress throughout the game. Research that does not contribute to growing a large economy to fund an advanced fleet designed to crush the enemy is a bit pointless at the moment, but the many options that will be important for more peaceful enterprises are there. Research topics will improve economies, provide new ship options, and create thriving starbase system that will help improve the productivity of nearby planets in fields like mining and military. Choosing what to research will be the tricky part, as there are limited resources and time to spend on learning new technologies.

Tthe research system is designed to reinforce a rock, paper, scissors-like combat system. There are three types of weapons: beam, kinetic, and missiles. Each weapon has a corresponding defense system that will protect against the weapon system. Beam weapons are nullified by shields, armour protects against kinetic weapons, and flak defends against missiles. Currently, pre-built ships are the only option, but a build your own ship feature is in the works. Conquering planets is a little trickier than ship to ship battles. It will require the player to send some of their own citizens onto an enemy planet. It seems a little weird to me that random citizens with technically no military training are loaded onto a transport and expected to duke it out some regular people on a different planet to take over. 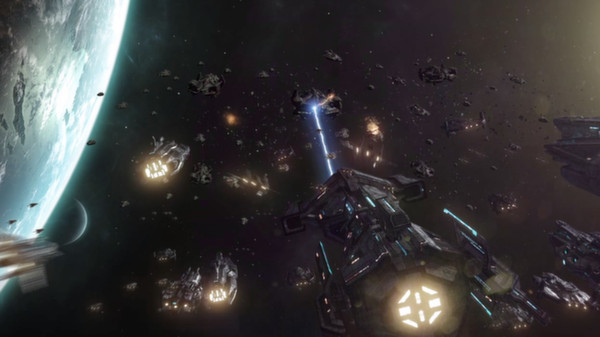 Ships and fleets can be ordered around to specific places or set to a few general orders. These general orders helps cut down on the need for micromanaging individual ships every turn. Scout ships can be sent to explore every edge of the galaxy, survey ships will wander the galaxy retrieving the ever important early discoveries, and combat ships can either patrol or guard specific areas of your territory. I found these orders helped speed up the pace of game and let me focus pressing matters than where is the next piece of space debris I should be scavenging. 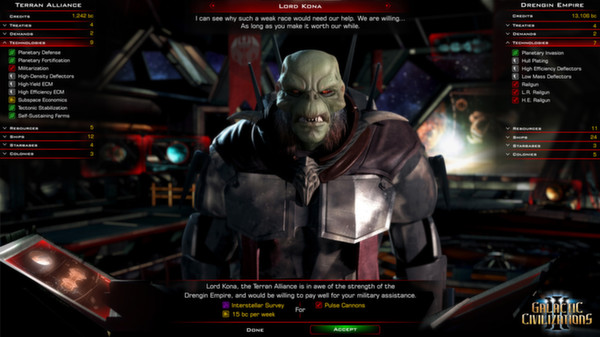 Currently, the enemy AI is only partially implemented. It is not particularly bright. Stardock has stated that they do not have any plans on making any real meaningful changes to the AI until all of the features are added to the game, as making adjustments while features are incomplete will result the constant need to seriously overhaul the AI every time a new feature is added. Those looking for more of a challenge will have to stick with multiplayer games against human opponents.

Galactic Civilizations III looks like a great game so far. Space is expansive, planets are detailed, and ships designs look interesting. Like the rest of the game, the visuals are a work in progress. Most notably, the ship combat is currently missing. The UI is easy enough to navigate that someone new to the series like me was able to play like a pro in a matter of a few minutes of experimentation. 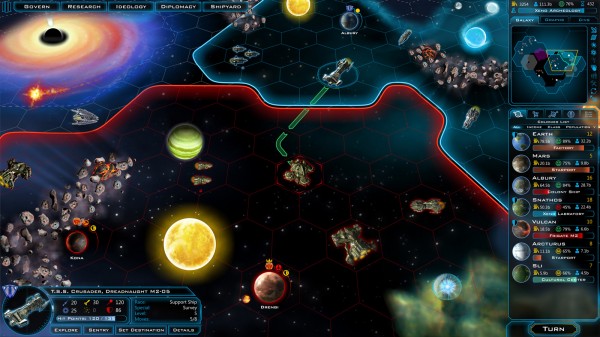 Galactic Civilizations III is in a playable state right now, though only the most passionate Galactic Civilizations fans will get much out of the game right now. The $99.99 price tag does include the game, all future DLCs, and expansion packs along with the opportunity to help steer the game into its final state. The game has all the right parts of a great 4X title in the making that will be an excellent starting point to those new to the genre while maintaining a huge amount of depth for veterans.