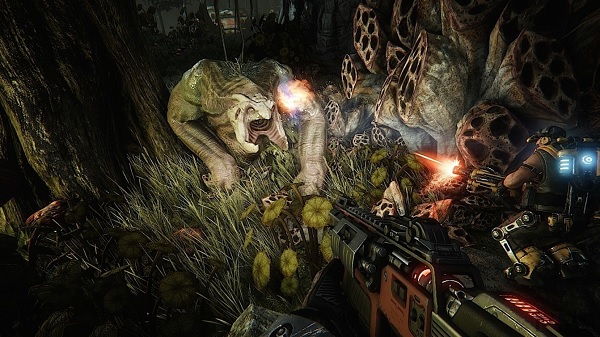 Last week 2K Games and Turtle Rock Studios teased that they were planning on releasing a new trailer for Evolve and now that trailer has been released. As described, this video is “Four vs One” and is an interactive trailer that allows the viewer to swap between the perspectives of all four characters on the hunting team, a trapper, a medic, a support class, and an assault class and also the view that the creature, the Goliath monster, sees.

Either that or you can simply watch the default version which includes some commentary of what is happening in the game from Turtle Rock Studios’ Chris Ashton.

Evolve beta to launch on Xbox One; DLC to be timed-exclusive