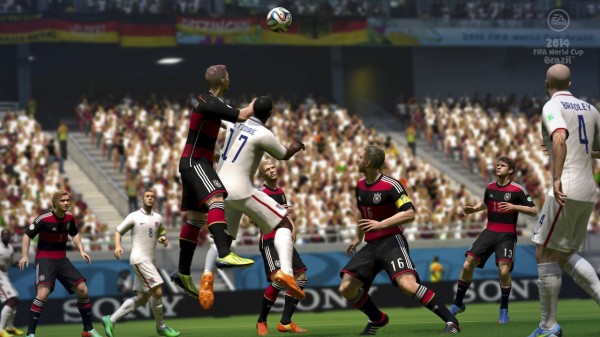 Football fans can kick around the adidas brazuca early in the EA Sports 2014 FIFA World Cup Brazil demo for Xbox 360 and PlayStation 3, available to download right now. Xbox Live Silver subscribers will have to wait until April 9.

Eight national teams are included in the demo: hosts Brazil, England, Mexico, United States of America, Japan, Ivory Coast, Australia, and New Zealand. Playable are Kick-Off matches of any combination of the listed teams, using the aforementioned match ball, in the Estadio do Maracana – host stadium of the World Cup Final. A video has also been released showing the new tricks and celebrations you can attempt in the demo – watch it below! EA Sports 2014 FIFA World Cup Brazil will be coming out on April 17 in Australia and New Zealand. Click here to check out a quick video walkthrough of the plethora of modes featured in the final release.