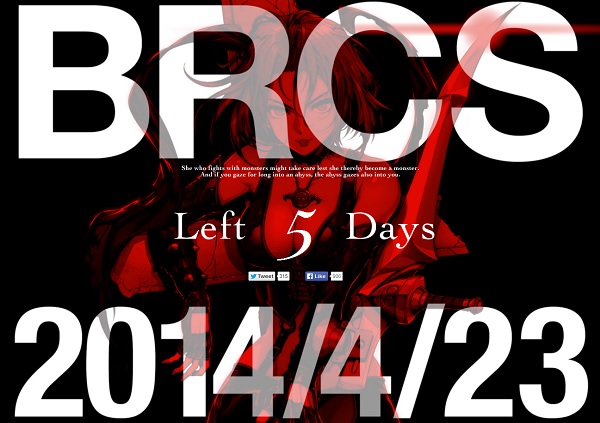 Arc System Works, the developers behind the fighting games Blazblue and Guilty Gear have opened up a new teaser website with a few hints as to what it may be for. First and foremost, there is a countdown on the site and obviously the date places the reveal to happen on April 23rd.

As for what this game might be, the site has the following written “She who fights with monsters might take care lest she thereby become a monster. And if you gaze for long into an abyss, the abyss gazes into you.” There is that, the initials BRCS, and the fact that the picture of a girl who looks remarkably similar to BloodRayne. Considering Arc System Works has created a visual novel in the form of XBlaze, it will be interesting to see what type of game this one will be.