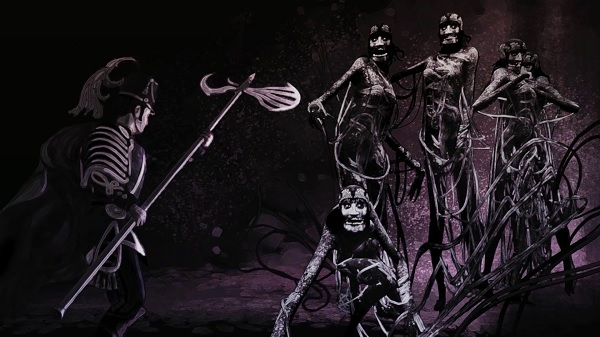 The three main playable characters in the game are all highly customizable and special attacks will be unlocked as the player advances through the game and since only three of these attacks can be equipped at any time and further customized with buffs, players can create a playstyle all their own. As for the community goal, the more players defeat the final boss in the game the more forms and challenges will be unleashed which means players can find new challenges awaiting them even after they have cleared the game once before.