The year is 1849, and gold has just been discovered in California. You decide to head out west, to seek fame and wealth in the approaching Gold Rush.

Will you strike it rich and become an overnight mining magnate? Or build your fortune bit by bit by supplying 49ers with pickaxes and blue jeans?

*** This Early Access release of 1849 includes the first ten cities, and is sold at a low introductory price. We will be releasing ten more cities and more features over the next few months – buy now and you’ll get these as free updates when available! ***

1849 is a city management game set during the California Gold Rush. Your task is to build towns, populate them with workers, and keep your citizens housed, fed, and entertained. You’ll have to manage and coordinate extensive production and trade networks to make sure your towns thrive.

By purchasing this Early Access version today, here’s what you’ll get:
– Access to the current version of the game and to continuous updates. We’ll be adding more scenarios, new content and refining gameplay leading up to the early May launch, available to you as free updates.
– The chance to share your feedback as we finalize 1849 for widespread release. Tell us what you’d like us to change and what you think would be neat to include. 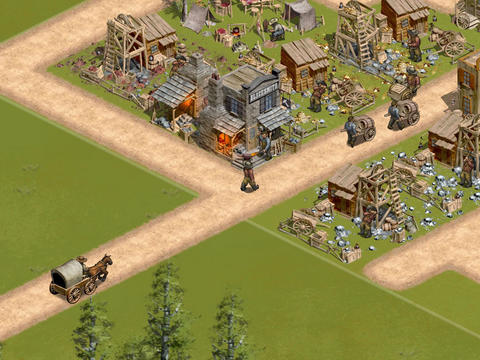