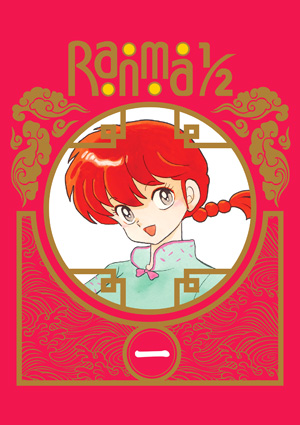 This week marks the release of the first of seven Ranma 1/2 Limited Edition Blu-ray Box Sets that will be released in the upcoming months. This week on March 25th the first set of Ranma 1/2 will be released as a Limited Edition Blu-ray set as well as a standard DVD set with both releases featuring the series presented in its original Japanese order. The Blu-ray box set costs $54.97 and comes with three Blu-ray discs containing the first 23 episodes of the seris presented in high definition for the first time ever while the DVD set still features the same episodes but is priced at $44.82 and comes with less on-disc and physical bonuses as well as a lower resolution.

You see, the Limited Edition Blu-ray box set comes with a premium chipboard box that has previously been shown off by Viz through an unboxing and comes with a number of on-disc special features including footage from the packed Ranma 1/2 panel from the 2013 New York Comic Con, a highlight reel from the events at the show, and an exclusive “We Love Ranma” Part 1 – Manga Re-Mastering interview with Viz Media Editor Hope Donovan that details some of the processes that went into the latest manga release.

You can check out a comparison video below showing how the show has been remastered and as for the series itself, viewers will be able to enjoy either the original Japanese voice track or the English dubbed track.