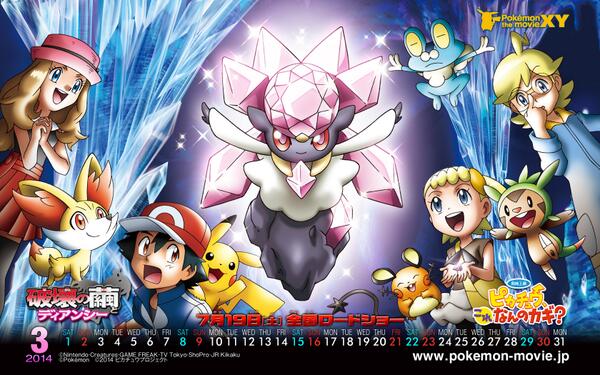 Over the weekend that just passed, the official site for the upcoming Pokemon X and Y anime movie “The Cocoon of Destruction & Diancie” was updated to include not only an official summary of the story itself but also some information regarding new characters introduced specifically for the film. A few weeks ago we brought you news of the movie and its storyline but at that point in time there had been no official synopsis released, there was only a small explanation that gave us a simplified view of the plotline but that has now changed seeing as an official one has been released.

The Diamond Ore Country is a beautiful land located deep underground, where the “Jewel Pokémon” Carbink live in peace and prosperity. In this country, a giant diamond known as the “Sacred Diamond” can be found. The Sacred Diamond has played the role of an important energy resource throughout the ages. However, the princess of the Diamond Ore Country, Diancie, currently does not possess this power.

Having encountered Satoshi and Pikachu, Diancie sets out on a journey to save her country; a journey in search of the “Life Pokémon” Xerneas, seeking its sacred power. Along the way, Rocket Gang, the thief named Marilyn, and a Ninja thief attack Diancie. Can Diancie save its country? And what is the fate of Satoshi and Pikachu! Along for the journey are the parent-child combo of Milis and Argos,but on the journey, they find a cocoon where the “Destruction Pokémon” Yveltal, which is said to have once eradicated all life in the Kalos region, sleeps… 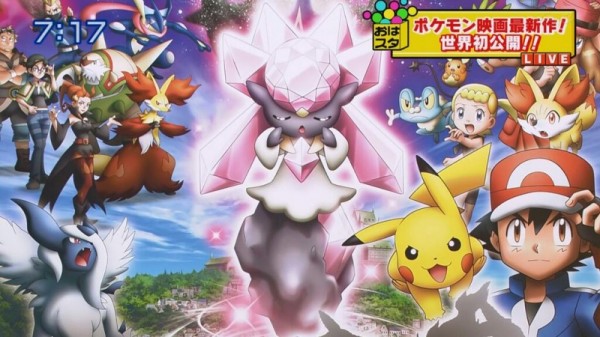 The brand-new characters Marilyn, Ninja Riot (referred to as “Ninja theif”), Milis and Argos (both of which were not mentioned above) are the four movie-only characters that were revealed alongside the synopsis. Marilyn and Ninja Riot (alongside Team Rocket and Yveltal) will serve as the antagonists of the movie. Marilyn is the owner of a Delphox, Ninja Riot a Greninja and Milis (NOT one of the antagonists) a Chesnaught.

Milis and her father Argos are said to be two characters who will help Ash and co. throughout their adventure with Carbink to save the Diamond Ore Country. A small group four Carbink have also been revealed as characters who will join Ash and their princess Diancie for the movie, they’ve even been named: Daii, Majima, Knight and Joke. Daii is apparently an elder Carbink while the other three are referred to as “butlers” or “subordinates”.

Below we’ve provided a small gallery with images of the newly announced characters for all of you to enjoy. Keep your eyes on the site though because we’ve also caught wind that a new trailer for the movie has been or is soon to be released and I can assure you we will report on it as soon as it drops. For now just enjoy the few images we have.