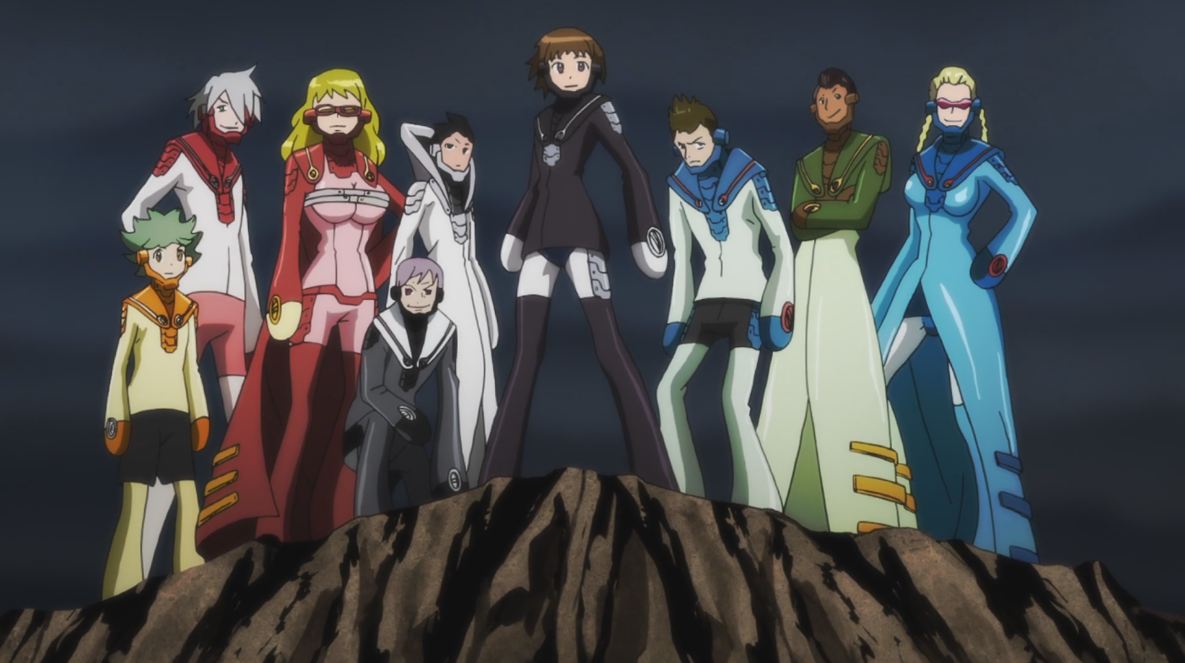 They’re the best of what’s available

Having spent the better part of last episode force feeding Vidocq a helping of humble pie, it’s time for Sio’s plan to commence. With only nine E-Gene Holders currently available, these heroes will have to fight the odds in addition to the creatures that threaten humanity’s continued existence. But honestly, a ragtag group of teenagers imbued with power by an otherwordly figure with the sole intention of utilising them to fight an alien threat, where do they come up with these radical ideas? 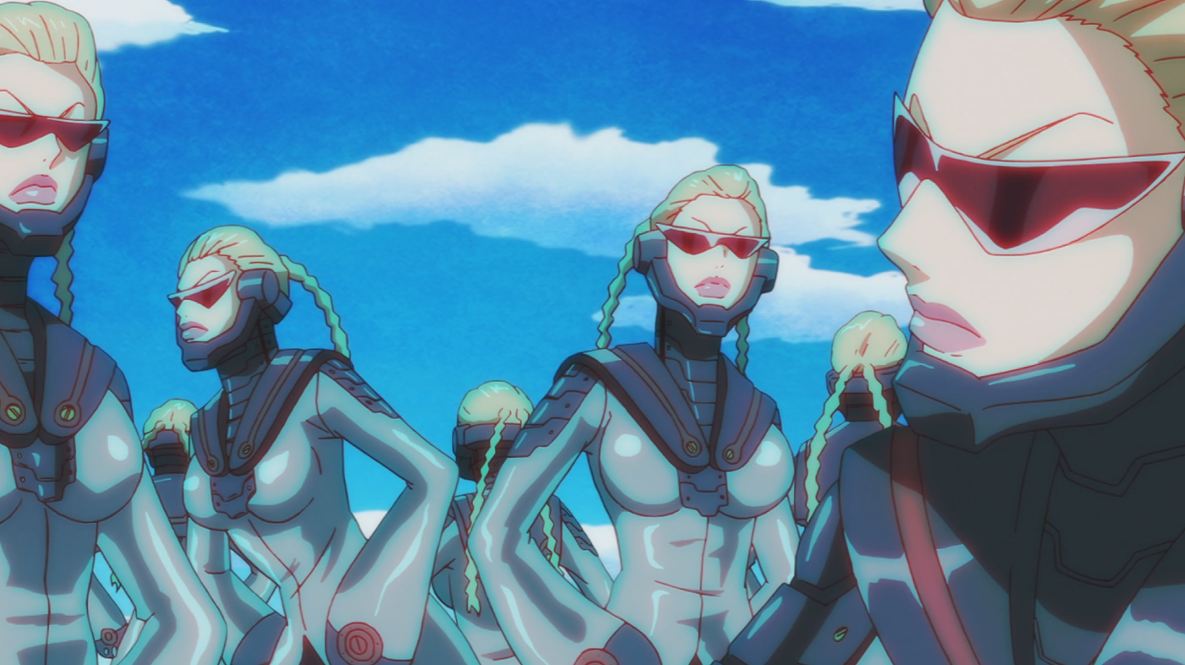 Each more stoic than the last…

Undeniably the coolest part of this episode was seeing Sio continue her streak of confidence and finally assert herself as a valuable member of the E-Gene team. Having devised the operation herself, she retains command of each facet throughout and leads from the frontlines. Even amidst the chaos of her own assault she remains calm and collected, clearly expressing her acceptance of her latent E-Gene persona. That being said, as the episode progresses, Sio slips further and further into said personality and acts unlike her usual self. Though not the first time this has happened, it was definitely her longest bout in the Nobunaga mindset. At one point she simply demands that Capa and Newton hold out for 10 minutes, despite the fact that they only believe they can hold out for 5. The fact that she enforced this and yet remained so verbally polite just served to make it all the more terrifying. In essence, this fight was a complete inversion of Sio’s previous combat situations. Rather than slipping into the ways of Nobunaga at just the crucial moments, she spent a majority of her time acting like the warlord, only briefly reverting back to herself to fawn over the tanks she enlisted.

It was also interesting to see a comedic element of the anime blend into the plot, if only in a minor way. Calling upon her tendencies as a self proclaimed military otaku, Sio explains exactly which tank she requires for her plan, specifying everything from the navigation system utilised to the muzzle velocity of the shells fired. So complete was her knowledge of the tank that the Commander was openly impressed, citing her talent for memorising data. Even Saint Germain gave a light applause. On the topic of tanks, it was rather ingenious for Sio to utilise the limitations of human weaponry and transform it into a strength. It was nice to see that, despite the undeniable power of the E-Gene Holders, humanity can still pitch in every once in a while. Though it was definitely cool to see the new ways in which the Holders utilised there powers. Such as Gandhi and Cyx forming a battering ram or Sio using her bandolier as a shield of sorts. 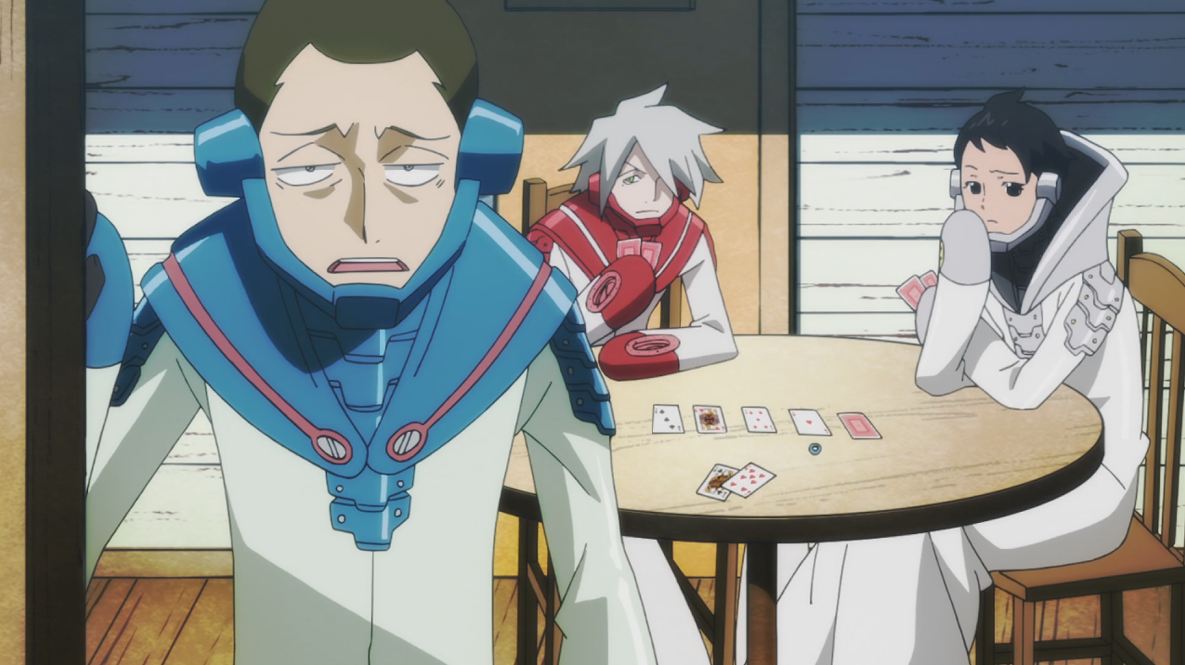 The E-Gene life can be hard sometimes

As much as the episode was about Sio, it was also interesting to see how the other DOGOO members reacted to following her lead. Surprisingly, they all handled it rather well. Gandhi cited previous moments where Sio has exceeded expectations, and decided to follow her once more without any reservations. Even the First Platoon has faith in the plan, to a degree. Though she voices her doubts, Cyx still follows the plan completely, even allowing Gandhi to ride her…her transport mode I mean…the bike/tank/snow mobile thing. Don’t judge me, you try and say that without sounding euphemistic. Anyway, the E-Gene Holders definitely have a sense of duty that outweighs any of their own personal qualms, showing a form of maturity in these unique characters.

On the other side of the war for planetary dominance, we are given a brief glimpse into the hive mind of the Invasion Objects. Through the eyes of an unknown creature, we see the events of the series thus far, revealing the fact that each Invasion Object possesses the innate ability to see the souls each Holder possesses. Thouhg I’m not sure the impact that will have on the series, if any at all. This alien recap also serves to cement the fact that the creatures are indeed learning. Perhaps moreso than previously thought. Whilst viewing a particularly awesome display of protagonist power, this entity takes special interest in our heroine…and begins to recite her name. Though note completely eloquent yet, the fact that these creature possess the capability of speech opens up a whole branch of possibilities for the future of the series. Will we see dialogue between opponents? Will the Objects adapt to use weaponry? Will they become more humanoid in form, since it seems to be working so well for our heroes? I guess we’ll have to wait and see. 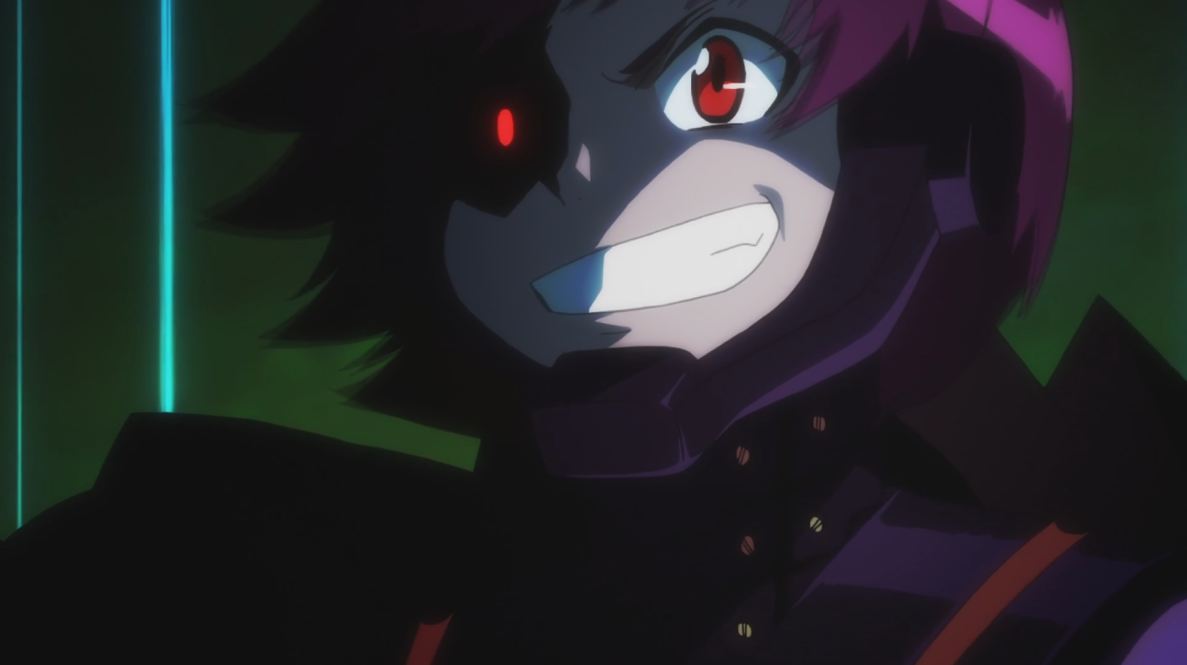 The face of a hero?

Just when you though everything was wrapped up in a nice little package of victory (despite the episode having Part 1 in the title), a second tentacle creature emerges from the oceans depths and takes Sio by surprise. Me too honestly. I mean, did it really need to get so “familiar” with Sio? Anyway, with this unexpected threat holding our heroine hostage, just what will happen next? Hopefully more action and less alien groping. It’s just weird is all…

Madman Announces a Slew of Titles at Waicon, Including Robotics;Notes