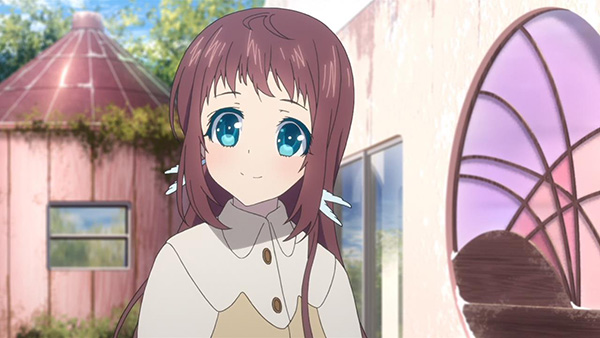 It’s been so long since we’ve seen Manaka and I can’t be the only one that’s struggling to get used to her character all over again. She’s the only moe archetype in the anime and seeing her act all cute and dumb (in a nice way) feels so odd. So here’s the 21st episode, marking for the first time since last season where we see the four friends from Shioshishio all together again.

Manaka awakes in the most unexpected way and we never really know how or why she did. Was it because of Hikari’s voice while he was arguing with Miuna? Why did Manaka stay asleep for so long compared with the other friends? Maybe the reasons are there and I just haven’t figured it out. 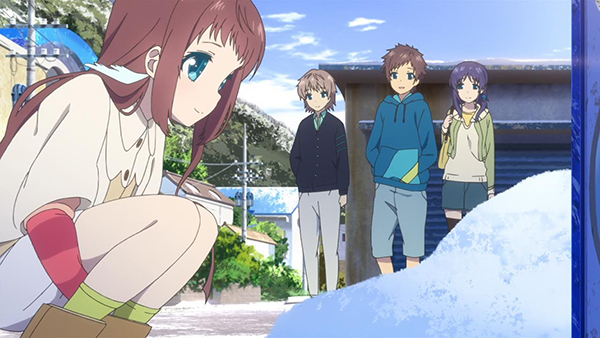 Hikari, Chisaki and Kaname are all taken aback by Manaka’s energy and childlike behaviour. For the better part of 10 episodes we were subject to everyone acting all glum and depressed, so it’s refreshing for Manaka to break the ice but at the same time it’s awkward when she looks like the odd one out. The difference between Manaka and the others is huge but Hikari seems to be the only one that “clicks” with her as he’s able to go along with her bubbly nature. Chisaki meanwhile needs to swallow the lemons and act happy for a change.

Miuna is coming to terms with her new ena skin and now has to look after it by soaking it in salt water. Speaking with her friend Sayu, Miuna says she feels happy that Manaka has woken up but she doesn’t know how to talk with her yet. Also, now that the original friends are all together again she feels a little left out. Sayu manages to cheer her up though, and hopefully we’ll see some Miuna – Manaka interaction next episode. I’m curious to see how the two will get along. 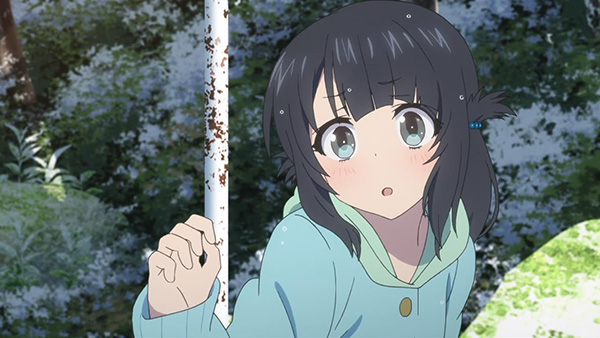 Another character who hasn’t met Manaka yet is her almost-forgotten-about crush, Tsumugu. He explains to Chisaki by saying he doesn’t her to get overwhelmed with all the new information, like Hikari was when he broke down in front of Tsumugu. We learn that Tsumugu will be leaving to stay at his university campus soon, most likely at the conclusion of the series. Chisaki is clearly more than a little flustered and we can only wonder if Tsumugu will confess to her by then, or leave Kaname to make his move.

Finally, the two come up with an idea to find Lord Uroko for more information. Why that seems like a good idea is beyond me, he hasn’t been a single bit helpful from episode 1. But he must know something, right? 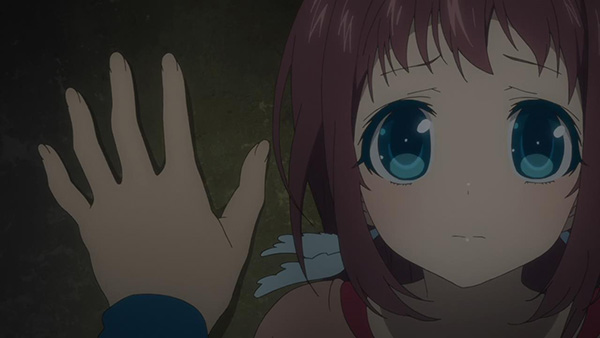 Most of the episode is a slow-paced journey that sees Manaka interact with her old friends again, but it’s awkward. Chisaki seems like she’s either too distant or trying to act mature, not to mention that bitter smile she gives whenever someone tries to have fun. Kaname is an emotionless brick wall and is happy to have Chisaki ignore him and his confession from last century.

The real development we have here is a sudden realisation from Hikari; that Manaka wanted to tell him something after the Boatdrift Ceremony finished. He rushes out of dinner with her in an effort to hear what it was right there and then. She doesn’t know what to say for some reason, maybe she forgot? But Hikari is certain that what she wanted to tell him had to do with Tsumugu. Maybe she wanted to say that she liked Tsumugu instead?

In tradition, the final few minutes throw a new question our way as Tsumugu is cursed with that weird fish that was on Manaka’s knee at the start of the anime. Which means Uroko has to be nearby. 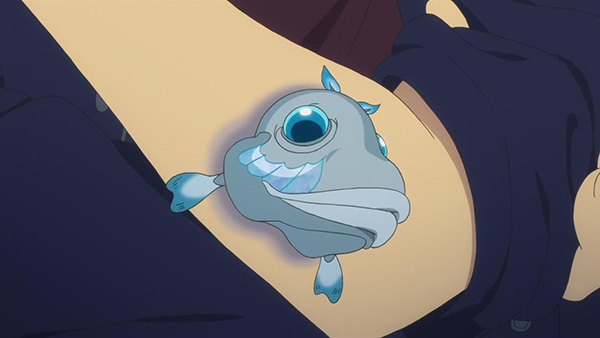 I have to say at this point I really want everything to wrap up. A lot of the interaction is purposefully awkward and drawn out with no resolution in sight and it’s often painful just to watch the miscommunication in a far-too-complicated love triangle.