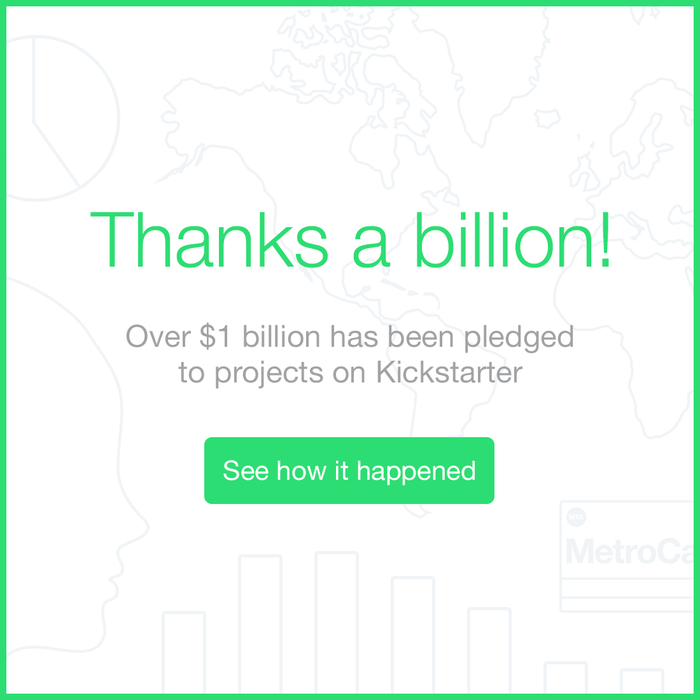 KickStarter have proven themselves to be quite a sucessful crowdfunding platform and now they have the bank to prove it as the site has drawn in over $1,000,000,000  dollars in pledges that go towards funding the large variety of projects people have started. KickStarter began operations on April 28, 2009 and has since exploded in popularity, helping to fund all types of projects from movies, public murals and games to new inventions such as the Oculus Rift. Even big time developers have jumped onto the KickStarter train with people such as Keiji Inafune (creator of MegaMan) relying on fan support to create his new MegaMan based project Mighty No. 9.

Over half of the billion dollars was donated in the last year alone with two thirds of the funding coming from the States. To celebrate the milestone the team at Kickstarter have created some cool infographics detailing exactly how they made it to the big billion, follow this link if you want to see it for yourself.