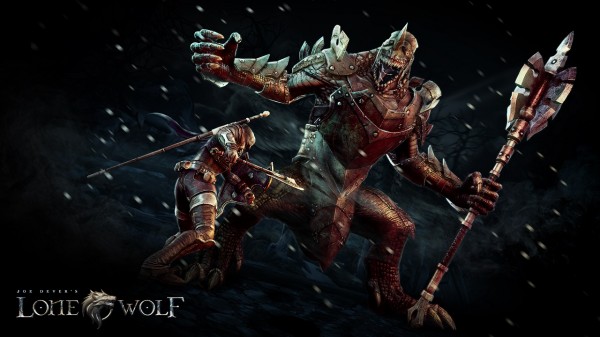 The first instalment, Joe Dever’s Lone Wolf: Blood on the Snow, won “Best Italian Indie Game” and “Best Game Design” at the 2014 Drago D’oro Awards. I personally gave it a very favorable review, choosing to also nominate it for “Best iOS/Mobile Title” in our 2013 Capsule Computers Game of the Year Awards. The next chapter in this epic saga promises fresh enemies, enhanced Kai powers and a brand new mini-game. An example of the new monsters can be seen in the gallery below. Further down, you will find a brief teaser trailer for Joe Dever’s Lone Wolf: Forest Hunt, which we will be reviewing closer to release.