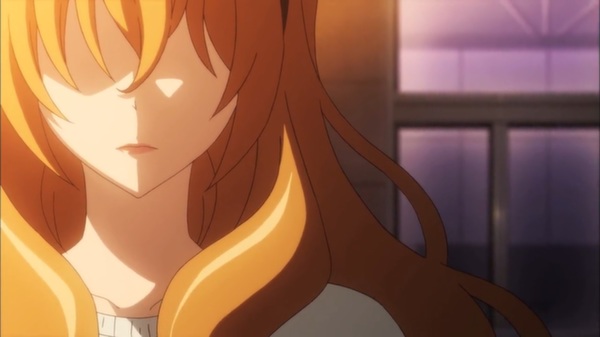 Golden Time
Episode 21 – I’ll Be Back

“You have Kouko. No matter where you go, she’ll find you.”

What happened?! Kouko! Why?! If this keeps up, I think I’m going to have to talk to Capsule Computers about getting some sort of health coverage in my contract, because my heart can’t take this kind of abuse! Forget an emotional rollercoaster, this episode was an emotional skydive into a pool of children’s tears with Hitler on lifeguard duty. And that pool was deep… Really deep… What started off as an episode full of hope and comfort as Kouko tried to assure Banri that she would always be there to bring him back if he ever lost himself again, ended in utter tragedy. Banri’s ‘guiding light’ has been snuffed out. His saving grace snatched from him as quickly as his identity last episode and we are left to wonder, “how can things get any worse?” 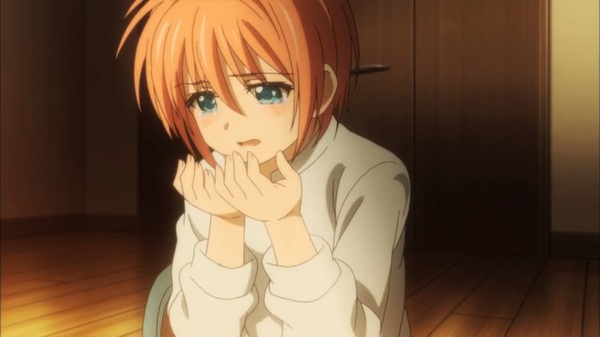 Golden Time is definitely turning me into a worse person with every passing episode because I keep wishing for more tragedy to befall Banri! It seems like the more that Banri suffers, the better the episodes get and episode 21 was undoubtedly the single best episode of Golden Time so far. In fact, I would say that it was one of the best episodes of anime I have seen, period. Not only was the pacing perfect and the emotional impact absolutely devastating, but you could really tell that JC Staff had gone the extra mile with respect to the art and voice acting to really make this episode stand out. The low light of the setting sun, contrasting with the pain splayed across Chinami’s face as she confessed her love for Mitsuo, made for an incredibly memorable scene and that was before it even got to Banri’s completely unexpected breakdown. Golden Time is Furukawa Makoto’s first big break as a voice actor and if he keeps up that kind of performance I foresee big things for him in the future. The distress in his voice as Banri broke down in front of Chinami tore into the audience like a knife, making us feel Banri’s horror as if it was our own. 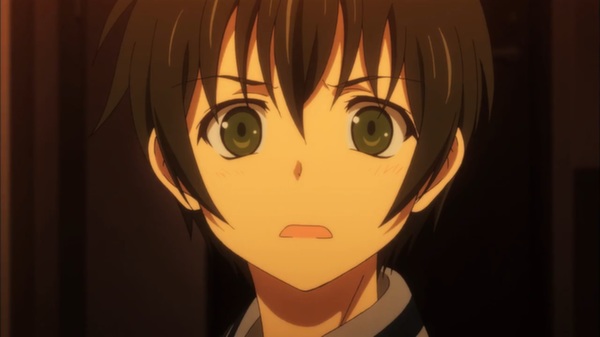 Believe it or not, that wasn’t even the most hard-hitting scene! After his mental collapse and subsequent heart-to-heart talk with 2-D Kun and Mitsuo (and his slightly more painful head-to-head collision with 2D-kun!), Banri decided that now was the time to act. With Chinami’s help, he left Kouko a message on the Okamera, just in case he did disappear, and he headed out to give Kouko his mother’s ring. His hope was that no matter how many times he lost his memory, the ring would act as a guiding light to rekindle his love with Kouko and find himself once again. However, with her face masked in shadow and an unreadable expression, Kouko refused his ring and walked away uttering simply, “sayonara.” That one word simultaneously left Banri heartbroken and everybody watching crushed and dismayed. What happened? Is this some kind of joke or did Kouko suddenly break under the strain? It isn’t like she would be totally unjustified in doing so, especially considering his current state of confusion, but come on! Have a heart Kouko! For now, all we have been left with is a cliffhanger to end all cliffhangers. It’s almost like they want us to keep watching or something! 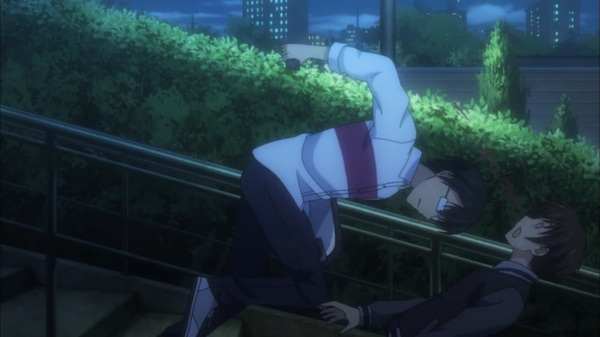 As deeply impacting as Banri’s breakdown and Kouko’s rejection were though, episode 21 actually revealed a lot more than just what happened in its dying moments. Surprisingly, Mitsuo’s chances of a happy ending have not been dashed quite yet. In fact, it would seem that Chinami was harbouring feelings for him all along and she only realised it when he started to take an interest in Linda. As the saying goes, “you never know what you had, until it is gone,” but is it too late for little Miss Ultrasonic? Certainly, Mitsuo held onto feelings for her for a long time and he said himself that he thinks his relationship with Linda is very one-sided. Banri’s talk with Linda did nothing to suggest otherwise either, actually reiterating the point that she didn’t feel right about the whole thing. With Chinami’s confession, the potential for subplots to open wide has never been greater and somehow amongst all this angst they will need to find time to resolve Chinami, Mitsuo, and Linda’s stories. How they will find that time though is beyond my comprehension! 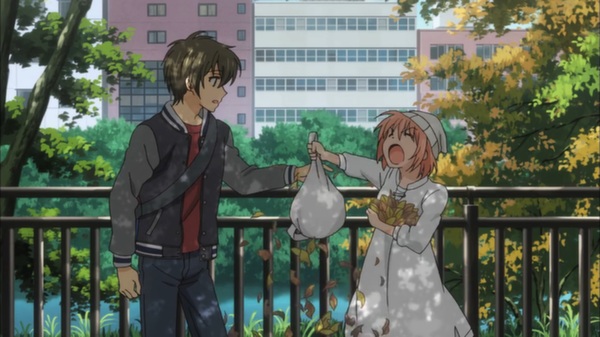 Is this it? The girl with the name powerful enough to bring Banri back from the recesses of his mind has said her farewells and the ring that was meant to be his ‘guiding light’ never found the finger that would have made it shine. Is this all just a scare tactic designed by Kouko to make Banri snap out of it, or has she truly reached the end of her tether? Has she stepped out of the car she talked about from her dreams, never to return? There are 3 episodes left to shine a light on this situation so shrouded in shadow. Let’s hope it all works out for the best. Until then. 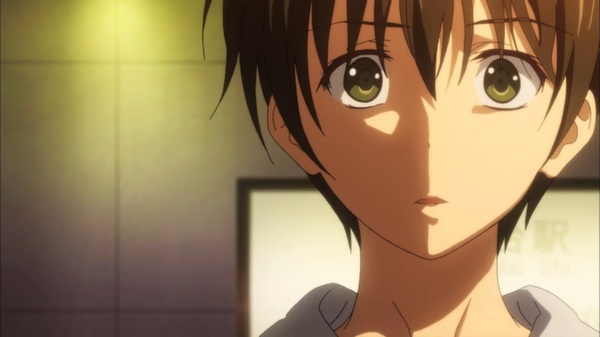