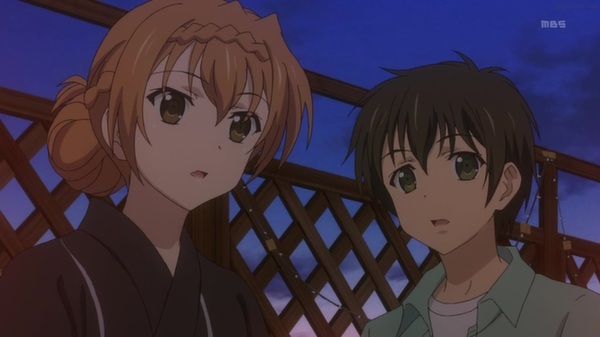 Everybody carries some scars from the past, some more literal than others, but real or not they define who we are today, for better or worse. Tada Banri is a unique case, in that he bears both and yet the vast majority of them have been lost to the flow of the river that took the Banri of the past as if by a Viking funeral. Since then, Banri has been running from his past, refusing to salvage friendships of old, the love of his parents, or memories once cherished. Preferring to watch as the river takes them away, burning until they sink, leaving him as half of his previous self, recognisable by appearance alone. However, bound by a promise to Kouko, he now has to face his past, but will he be too late to save the half of him that he lost? 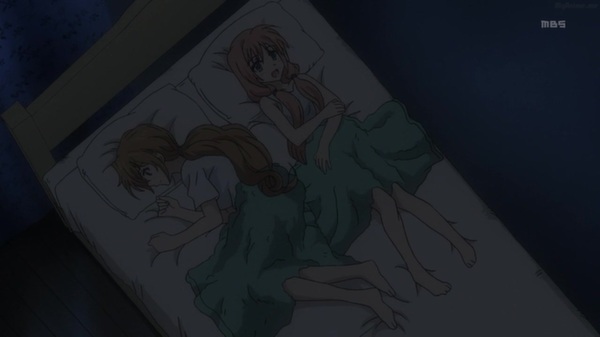 As we approach the final quarter of Golden Time, there are a lot of loose ends that need to be tied up and the most prominent of all is Banri learning to accept himself for all that he is, not just what he has grown into since meeting Kouko. Last week’s confrontation had a significant effect on both Banri and Kouko for different reasons. Banri already loves Kouko with all of his heart at this point, but he needs to make peace with himself and now that he has vowed to her that he will stop running, he has to make the first step as much for himself as for her. On the other hand, Kouko was so moved by Banri telling her to press on and never leave him that she overcame her insecurities and seems ready to love Banri completely. It has been a long time coming, but it seems like both of them are close to being mutually happy and ready to walk into the future harmoniously.

Now that Banri and Kouko are nearly appeased, I feel like it is time to criticise the path that Golden Time has taken to go from complete strangers to lovers. A fair comparison would be Toradora considering it is by the same author and there are a lot of similarities to be drawn between the two works. If you don’t want any spoilers for Toradora, I recommend skipping this paragraph and the next. The main difference between these two anime is that Toradora is more anime-esque in that it plays off of tropes and forfeits elements of reality in favour of more abstract, comedic elements, more common to anime as a whole. Throughout the course of this series, I have praised Golden Time for its sheer realism that has at times driven me nearly to the point of tears and I would never dare to berate it for that. However, despite being defined as a shōnen anime (for young, male audiences) it has a lot of shōjo elements that explain why the romantic development has been so … simplistic. 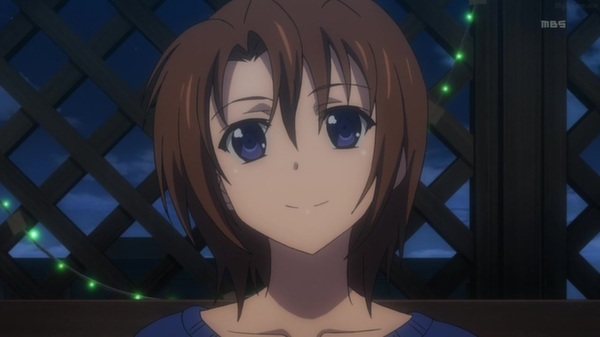 I am of the firm belief that Toradora is one of the most masterful anime, no, one of the most masterful series of any genre, any format, or to come out of any country, ever made. It is an emotional rollercoaster that involves you in the characters so heavily that you genuinely feel their pain, a sensation that the writer is amazing at invoking in an audience, reiterated in Golden Time. However, what paves the way for Toradora’s amazing narrative is that it works off of a breakneck pace that Golden Time can’t replicate because it is so grounded in real life. Real relationships and friendships don’t work like they do in Toradora, or most other ‘mainstream’ anime. Golden Time is as realised and well written as Toradora, but it takes a different, more believable, less ‘anime’ route and for that reason I love Banri and Kouko’s relationship. It didn’t take as much effort to form as Taiga and Ryuuji, but then again, who falls in love with a girl that breaks into their house and tries to kill them with a wooden sword in real life? 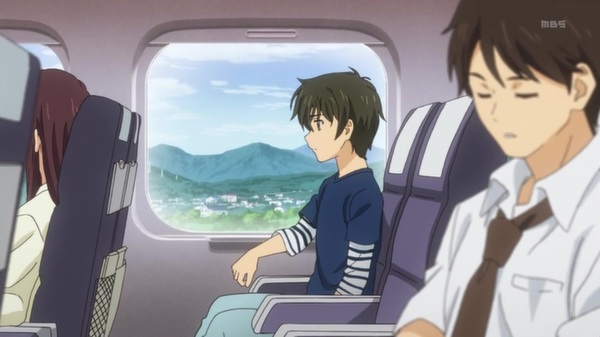 As far as the episode itself went, it lacked anything groundbreaking, but, in true Golden Time style, as it tried to tie up a loose end, it ended up creating even more which I love about this series. After learning a few blurry details surrounding Banri’s past, he has begun sniffing around for more information. Judging by how his expression turned serious when Kouko blew off his inquiries, he will not let this one go easily. What confused me was deciding whether he is sticking his nose in where it doesn’t belong or whether he deserves to know, as his friend. Let me know what you think. because I am stumped.

Next up, we have a number of extremely important events taking place. How far will Mitsuo go to find out about Banri’s past? Will Banri get the harsh welcome at his reunion that he is so anxious about, or will it be an eye opening experience for him? Will him accepting his past appease the ghost of his past, or will he continue to haunt him forever? Will Banri ever find his Golden Time? Stay tuned, wonderful people. 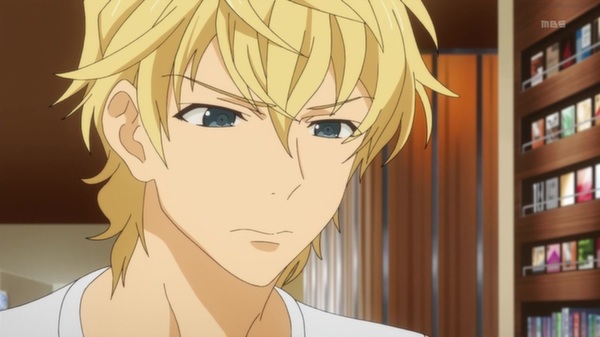