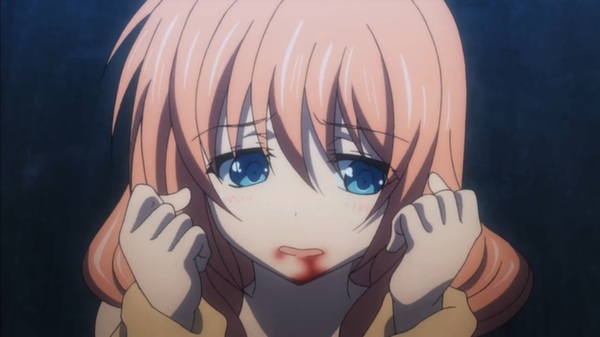 In this life there is a never-ending list of things that can catch you completely off guard, but few compare to the enormity of a car crash. Not only is there the damage to the car to consider, but there is your passengers, the people around you, and sometimes worst of all, your confidence. Last episode, Kouko put all of her friends in danger by falling asleep at the wheel resulting in Chinami getting injured and 2D-kun’s car taking a pretty hefty blow. Her confidence left in tatters, she locked herself away, leaving Banri and the rest of her friends worried sick about her. A natural reaction, but how would they pick her back up now that her foundation has been shaken to the core? 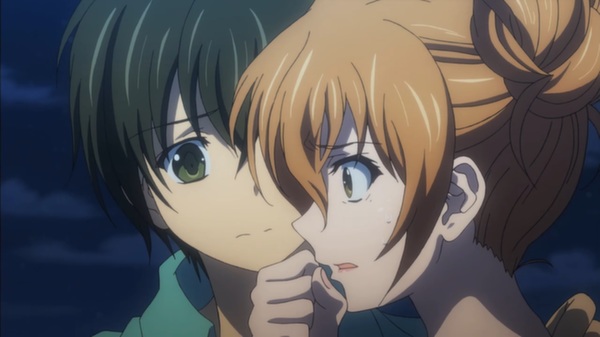 The crowning moment of the episode definitely came when Banri confronted Kouko about her running away from her problems. It was another example of just how amazingly true to life this show can be, displayed by the raw emotion oozing from every second of beautifully written dialogue. Huddled under her covers in a pitch black room, Kouko begged Banri to go away because she was too ashamed by how childish she was. She described herself as a child playing dressup with makeup and adult clothes which, while it may have been true at the beginning of the series, is no longer the case. Kouko may not be perfect, but who is? At least she is always trying to better herself, something that could not be said of her when she was still pining over Mitsuo at the very start. As she poured her heart out to Banri, Kouko finally became a character that no one can possibly say is the same loud, superficial airhead we met in episode 1. It may not be a change of the sort of magnitude of Taiga in Toradora, but it is a believable change – one that could actually happen to a real person. 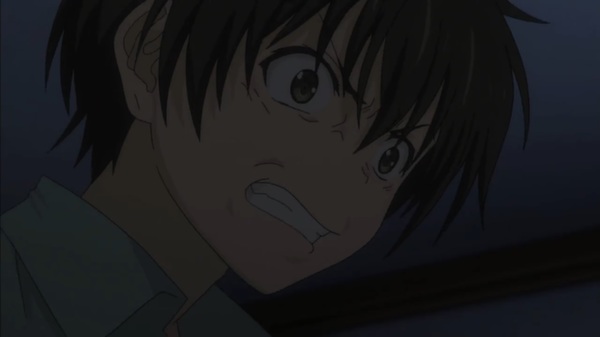 Unfortunately, the insight into Banri was one that was met with mixed feelings. Kouko’s accusation that he was a hypocrite for lecturing her about running away from her feelings was apt and brought up a very interesting point, but Banri’s reaction was less impressive. Skirting around the issue, he ended up promising not to run anymore, but is that really something he can do? Amnesia isn’t as simple an issue as Kouko wanting to put the crash out of her mind. Banri never wanted to leave his friends and family consciously and that is clearly expressed in the thoughts of his ghost, but when you wake up with no memories of all the people that care about you, what do you do? All of a sudden you have a hoarde of people all expecting you to be the same person you were before, but you’re no longer that person. He ran because he wanted a fresh start, but Linda’s appearance meant that he could never truly get away. Should he try to make amends with all of those that he left? Maybe. But there is no easy answer and so in a rare lapse of writing he tried to avoid the issue. 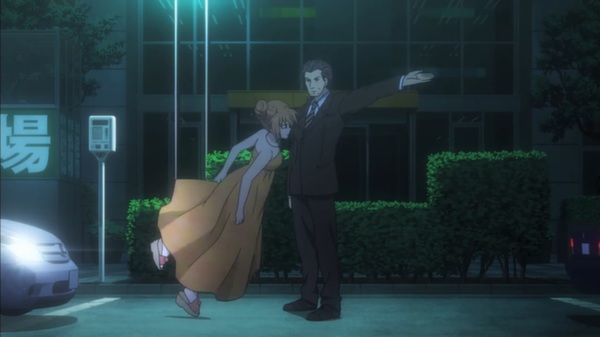 On a slightly less serious note, Kouko’s dad may have gone from my least favourite anime dad of all time, to my favourite all in one 20 minute episode. When he slapped Kouko to the ground in front of all of her friends and Banri, I was fuming! Not only was it completely out of the blue, but it was such overkill! You don’t slap a girl like that, even if they are your daughter! Needless to say, he wasn’t in my good books, that is until the end of the episode when Kouko was making up with Banri and he stood in the doorway asking Banri to make instant ramen for him. What a guy! Not only was he listening in on his daughter’s conversation with her beloved, but he had the nerve to ask Banri to cook for him! The breaking point though was when the cat followed her dad into the room and the chime of its collar let Kouko know he was there. Bewlidered by her father’s appearance, Banri lied and said he wasn’t there, but then he took the opportunity to try and one up Banri by calling him a liar! “He lied to you! I told the truth, remember that!” This guy has some unimaginable stones, but I would expect no less from someone who could raise a daughter like Kouko. 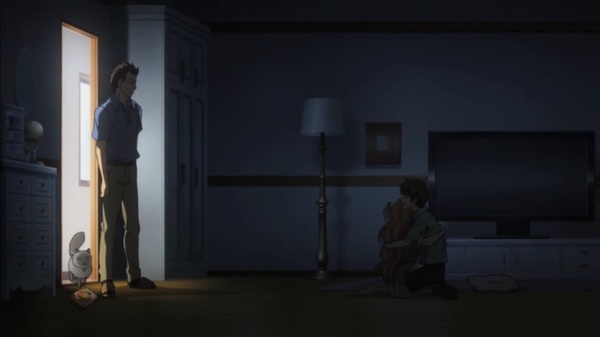 What is next for Golden Time? We’re approaching the end of the series now and with only 8 episodes left to cover everything, the pacing needs to pick up very soon. It is time to start tying up loose ends and coming to resolutions. Will Banri stay true to his word and stop running from his past? Only time will tell. Until next time. 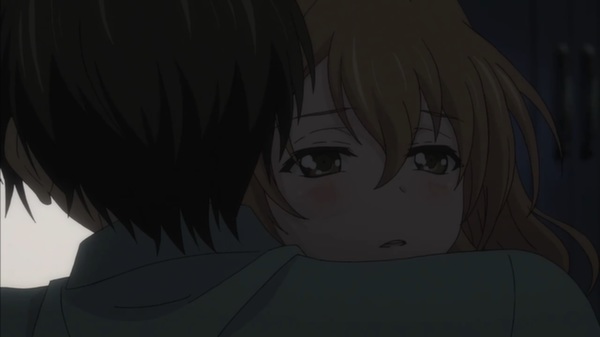