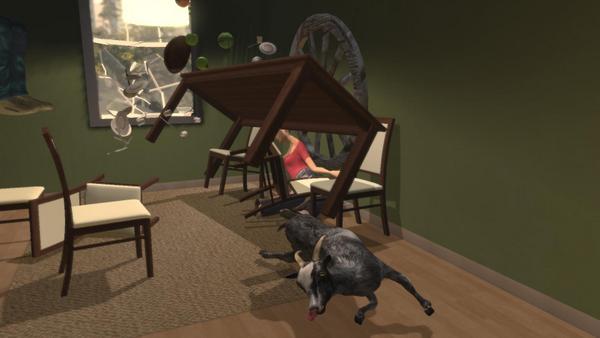 Yes guys this is no joke… despite the game being about goat simulation and having a release date of April 1st. If you have ever dreamed of living out the carefree life of a goat who loves to chase people down with axes, jump through windows and chew on couches than the game you have been waiting for is finally here. Goat Simulator was inspired by old-school skating games (somehow) but instead of a skater, you’re a goat, and the goat doesn’t skate, he destroys people’s homes. The physics of this game is where all the fun lies as the goat can charge tables, perform backflips and 360’s and survive jumps off buildings.

Coming to Steam for PC with full support for Steam Workshop, players will be able to make their own goats, missions, levels and more. If you’re up for a laugh, check out the trailer of the game below and if you’re really keen, make your way over to the official website where you can pre-order the game for $9.99 USD.

Amnesia: The Dark Descent to be Released Soon