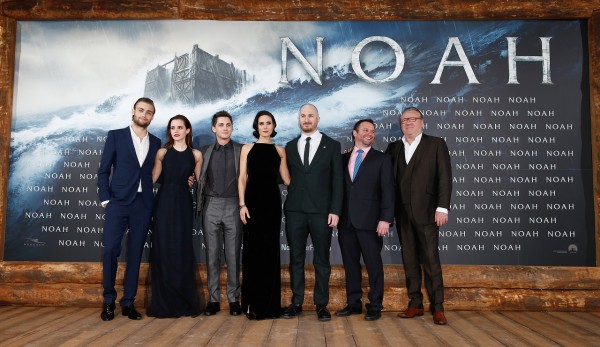 Paramount Pictures have released a flood (I swear it’s the last time I’ll use the pun) of NOAH content, including a new clip, two interactive experiences and photos from the film’s premieres in Moscow, Berlin, Mexico City and Madrid, along with a cut-down version of the ‘Building the Ark‘ featurette.

Embedded at the bottom of this article, you will find the clip ‘It Begins’, which shows the migration of all the planet’s species of animals towards the Ark. You can also explore the three decks of Noah’s Ark in the interactive ‘Ark Experience‘, and put on your headphones as you trek ‘The Journey‘ towards the Ark. NOAH releases nationwide on March 27.

The Flood is Coming in New NOAH Poster