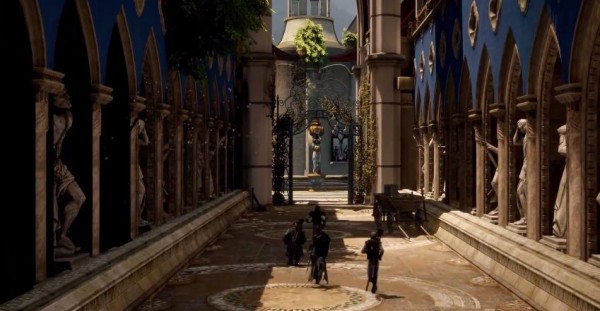 Video game developer “BioWare“, alongside their publishing partners over at “Electronic Arts“, have just released a brand-new trailer for their upcoming action role-playing title; “Dragon Age Inquisition“. The trailer is labelled “Discover The Dragon Age” and basically takes audiences on a short sight-seeing adventure through some of the many terrains you’ll be trekking through whilst playing the game. Set to be released on the PlayStation 3, PlayStation 4, Xbox 360, Xbox One and the PC – this game serves as a continuation of the older game titles “Dragon Age: Origins” and “Dragon Age II” also developed by BioWare.

Audiences could already tell from past footage of the new game that it is looking to be an incredible title both gameplay-wise and visually but this trailer really does show audiences just how truly beautiful the world of “Dragon Age Inquisition” will be. Head down to our featured video section below where you’ll be able to watch the new “Discover The Dragon Age” trailer in full. “Dragon Age Inquisition” doesn’t have a specific release date as of yet and has just been noted as having a release sometime in Q3 of this year so, until then, just enjoy all the footage of the game that you possibly can.

The Darkspawn are coming May 18th