The Worms series has been going for almost two decades now since its debut back in 1995 and in that time, players have been able to find games in the series on more than 25 different platforms. But with a new announcement today, Team17 will be making it to two more consoles before the end of the year, namely the two newest the PlayStation 4 and Xbox One.

The new game, titled Worms Battlegrounds, doesn’t have much information out about it just yet, but it should be fairly straight forward what to expect. Probably some nicer, newer graphics and more weapons for the Worms to use on each other. Players can expect to see this sometime 2014, but we’ll have to wait to hear more on what new surprises the devs have in store though until then there is still the newest PC Worms game that just came out last year.

Worms Revolution and the Environmental situation 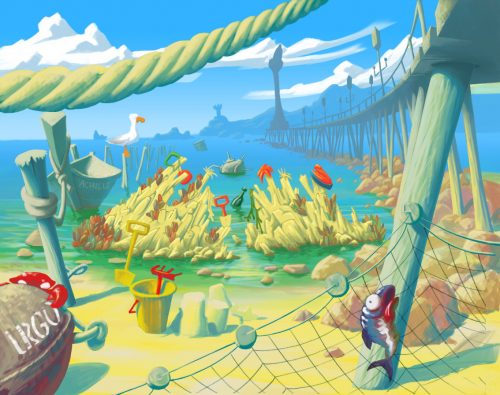