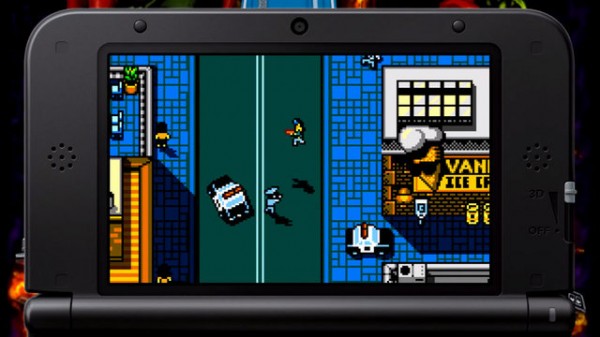 Here we go, retro freaks! Finally “Retro City Rampage: DX” has made its way over to the Nintendo 3DS and it couldn’t be more comfortable there. The game has previously been released on other platforms like the PC and the Xbox Live Arcade (Read our review here) for a while at this point in time but it has just made its way onto one of the biggest handheld devices of our generation and THAT is where it will cause some serious mayhem! The action-adventure title that throws back massively to the corny 80s and 90s, developed and published by Vblank Entertainment, is actually a little bit different this time around – it seems to have been updated for the 3DS system and…well…it just keeps getting better.

It is little things like touch controls and mini-maps that round this game out nicely and, although it wont seems like too much is added, I feel like just enough has been implemented to get gamers excited to pick this game up once again but this time on a new console. The trailer can be seen below in our featured video section and it should explain everything in more detail so check it out and, if you’re interested, head on over to the Nintendo 3DS eShop to pick up “Retro City Rampage: DX” for $10. Unfortunetely this all only applies to our North American friends, Europe will get its release in 10 days on the 20th of February but that’s not TOO far away so stay excited! 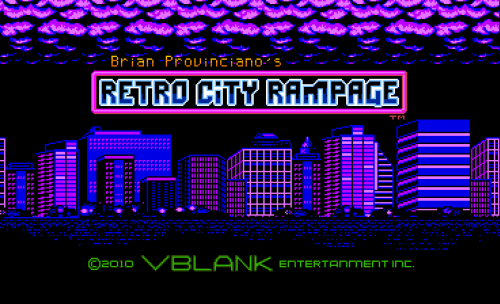