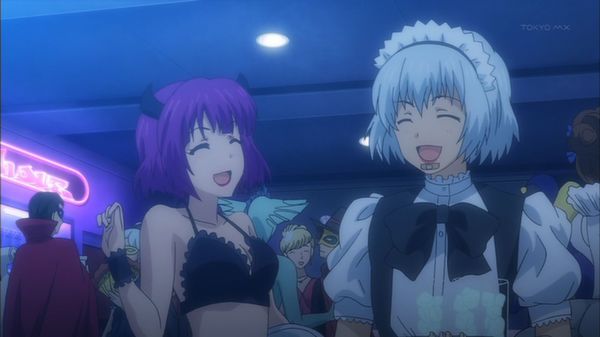 Lovers of romance anime have historically always been in conflict with each other, trying to prove that their favourite pairing is the best or ‘true’ pairing that the creator envisioned. It is not surprising, therefore, that creators often shy away from giving a real answer about who they intended to be the true couple at risk of alienating half of their fan-base. Harem anime suffer from this more than any other medium and unless the mangaka has come up with some sure fire way of pleasing everyone, concluding a series can be a real struggle. The creator of To LOVE Ru came up with a perfect solution whereby Rito will most likely just end up marrying everyone because he is bound by the laws of the Planet Deviluke. Oreimo, on the other hand, is a prime example of a series that ended up doing the complete opposite, opting to disappoint everyone equally, sparking a huge backlash on forums and fan-sites. This episode of Golden Time invoked a swarm of fan reaction and all of a sudden it seems like the fans have been split. The Linda camp is growing, but is it really because people are warming to her, or is everyone just getting sick of Kouko being so clingy? 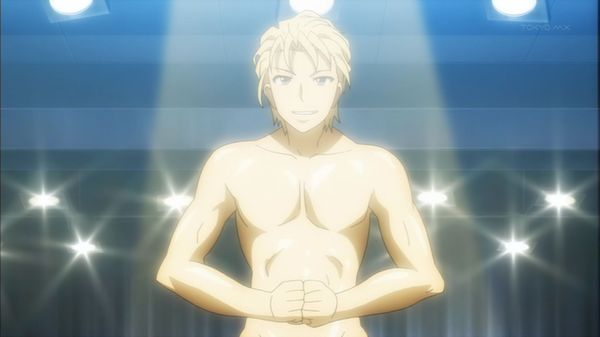 If there was ever going to be an episode that would cement your opinion of Kouko, this would be it. I can’t remember single episode of Golden Time, or any other anime in recent memory for that matter, that did such an impeccable job of illustrating raw, genuine human emotion and for that reason alone I have to applaud J.C. Staff. Right from the very start of the episode the juxtaposition between Banri having the time of his life at the loud party with thumping music playing and Kouko anxiously pacing the silent city streets was superb. You could feel the lingering disaster just waiting to happen. As a member of the audience you felt strapped to your seat, wanting to reach out and tell Kouko to turn around and not enter the party, and when the bubble popped it was painful to watch. 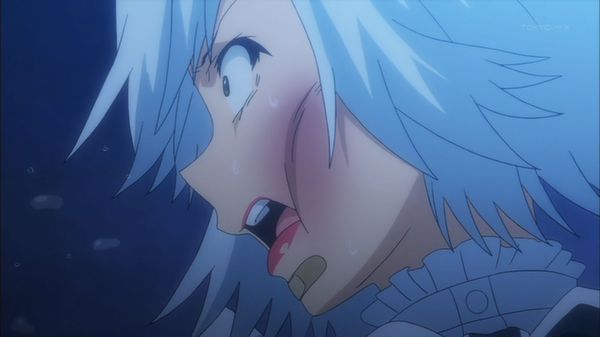 Caught in the act of getting caught up in the atmosphere, Banri froze like a deer in the headlights. Distraught and betrayed, Kouko grasped for the nearest drink, drenched Banri, and as he stood there shocked and confused, she delivered the final blow by slapping him right across his idiot face. Finally. Dear god have I waited for the moment where Banri’s bad side would be shown in plain sight so he could reap the repercussions of his actions. Don’t get me wrong, I don’t think Banri is a ‘bad guy’ as such; he is simply a realistic person who, unfortunately, has lingering memory problems thrown into the mix that just confuse him further. In this situation though, he was almost entirely in the wrong. He had been having thoughts about Linda for a few episodes and a couple of times he even questioned whether his beautiful, loving girlfriend was what he really wanted which is just obscene. Nearly kissing Linda in a way similar to the Pocky game that is popular in Japan, he got his just deserts and I couldn’t be happier. 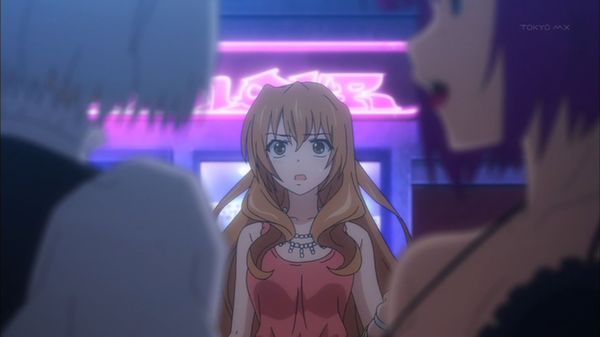 What blew me away was that it didn’t stop there. In fact, it got better. Somehow it even managed to ramp up the drama! After asking Kouko to wait for him at his apartment, Banri noticed all of the texts and calls that she had sent him and he ended up running to her once the party had ended. When he arrived we were treated, and I really mean treated, to an absolutely magnificent scene of dialogue, tears, and relationship issues that you couldn’t possibly write without having experienced them first hand. The amount of real life emotion that spilled forward from the screen was mindblowing and it made me actually feel a little bit sick when I considered some of the romance fiction I have written in the past and how inferior it was in comparison. I am not exaggerating when I say that I could feel Kouko’s hot breath as she cried and begged Banri for some form of comfort and when it was all over she clung to him despite her anger in a way that was so genuine that I actually want to give the writer, Yuyuko Takemiya, a hug because there is no way that she hasn’t been through some heartbreak in her life. There is only so much realism that you can write based off of soap operas alone. 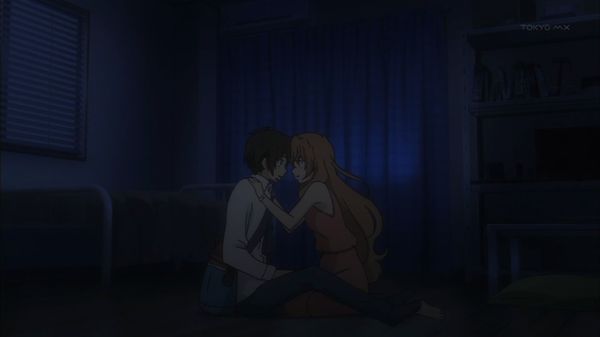 As the episode came to a close, we saw Banri coming to terms with his feelings to Linda, at long last. He confronted her and told her that he couldn’t see her anymore. The first time her has fought Banri of the past. And as the picture of he and Linda scattered with the breeze, new photos of him and Kouko took their place. This was a big step. One that the Banri of old will not like. How will he react and how will present Banri take to his new single-minded devotion to Kouko? Stay tuned. 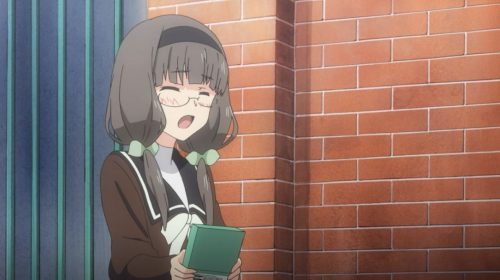