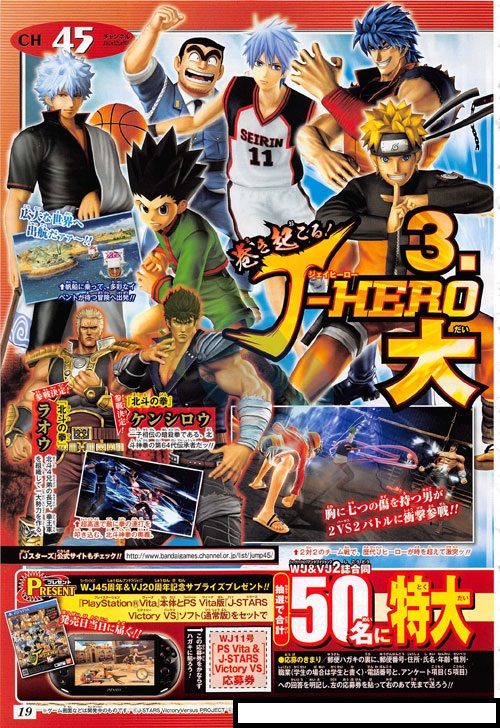 Namco Bandai Games in conjunction with Shueisha’s Weekly Shonen Jump have released the next batch of info for their upcoming action/brawler title, “J-Stars Victory Vs.“, a game that pits Shonen star against Shonen star in one heck of an epic showdown. Both Kenshiro and Raoh of the series “Fist Of The North Star” have been added to the roster as full playable characters.

There hasn’t really been any information released regarding their movesets but fans of the series as well as players of the previous Shonen Jump mashup games “Jump Super Stars” and “Jump Ultimate Stars” will have some sort of idea as to how these brutal battlers will throw down. Kenshiro will undoubtedly use his rapid-fire punching as well as all of his signature Bruce Lee-esque fighting techniques and Raoh will…well, Raoh will do what Raoh does best; decimate.

The game is chalking up to be much like its predecessors with word of an adventure mode that revolves around travelling to different locations themed around different series’ as well as earning “J Points” that can be used to make both playable and support characters stronger. We’re all incredibly excited for “J-Stars Victory Vs.” to be released and we hope it gets a local release not too long after its Japanese one. Stick to the site for any and all new information as it is released. 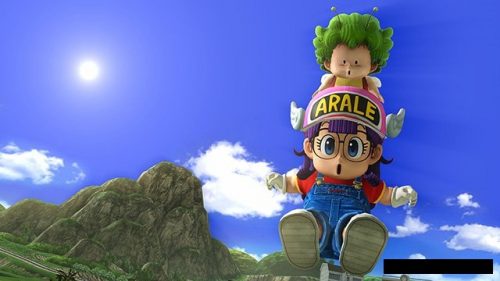