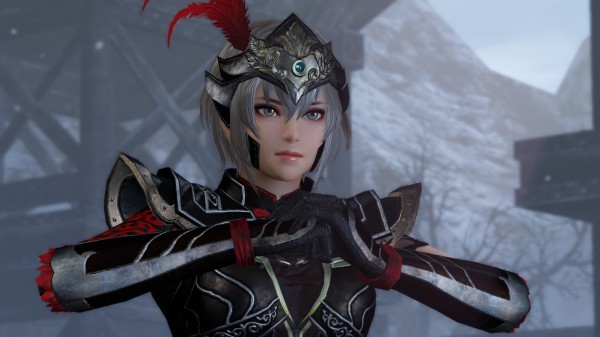 As we know, Dynasty Warriors 8: Xtreme Legends will feature five new characters that will be added to the already bursting roster of 78 playable characters. Today Tecmo Koei has released screenshots, gameplay footage, and information about all five of these new characters so players will be familiar with them when the game is released on March 25th in North America and April 4th in PAL regions.

Lu Lingqi
A brave warrior princess, and daughter of Lu Bu, who possesses great fighting ability much like her father, she uses her courage to stand in the front lines of any battle.

Yu Jin
An invincible general promoted by Wei leader Cao Cao. He places a strong emphasis on military discipline, and his unyielding personality causes him to be feared by friend and foe alike.

Zhu Ran
A fledgling warrior who has since been promoted within the Wu ranks. Although young, he distinguished himself in the suppression of a group of mountain bandits and during the Battle of Ruxukou.

Chen Gong
An ambitious and humorous strategist for Lu Bu, he is willing to make any sacrifice to see himself rise to the top. He once served under Cao Cao, but switched sides when he realized his ambitions would not be satisfied.

Fa Zheng
A strategist without morals and a key figure in Liu Bei’s efforts to take over the land of Shu. He is a brilliant tactician who has pacified Yi Province with his strategies, and participated in the invasion of Hanzhong. He strongly believes in repaying his debts, whether it be for good or ill.