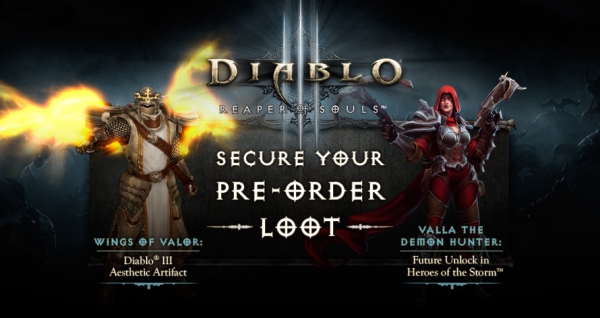 Blizzard, the studio behind World of Warcraft and, more recently, Diablo 3, have announced the pre-order items for their action RPG’s upcoming expansion, Reaper of Souls.

These items can also be claimed by anyone who redeems their Reaper of Souls retail game key on or before March 31, 2014. For more information, you can check out the official post here.