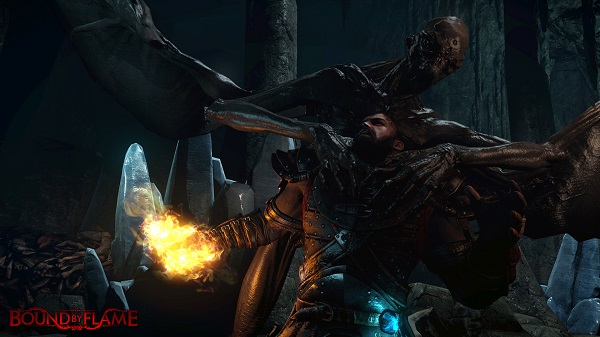 Spiders Games’ and Focus Home Interactive’s Bound by Flame is coming to PC, Xbox 360, PlayStation 3 and PlayStation 4. The dark fantasy RPG is done by the same team behind Mars: War Logs and Of Orcs and Men. A new trailer has been released to give players an idea on what to expect from this new IP. The footage comes from the PlayStation 4 build of the game.

Players will fight against the undead hordes controlled by the ice lords, in Bound by Flame. The player share a body with a flame demon and must decide to give into the temptations of boundless power or maintain their humanity. The game features three skill trees, five companions, and a highly customizable crafting system. Bound by Flame will be released for PC, Xbox 360, PlayStation 3, and PlayStation 4 in Q2 2014.