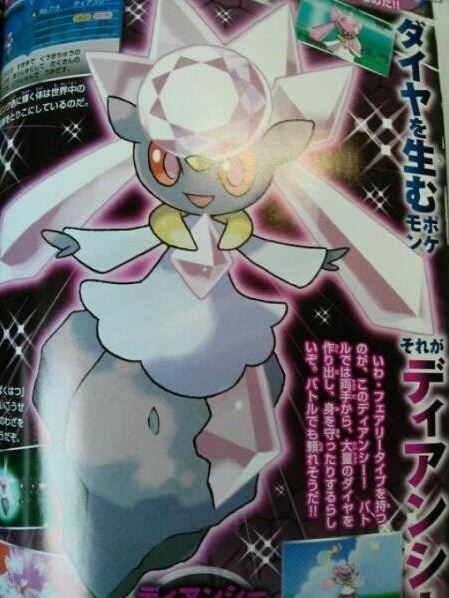 News regarding Game Freak and Nintendo’s newest Pokemon title (X and Y) has slowed down over the past couple of months. Apart from the Pokemon Bank issues that have only recently been sorted out, we really haven’t heard too much from our favourite franchise, well that has all changed now thanks to the release of a brand-new legendary.

Diancie, Pokemon number 719, is a Rock/Fairy type that is quite small yet very sturdy. Its body is made up of hard rocks and pink crystals, the fact that it has been titled a “legendary” Pokemon means that this is one little stone pixie NOT to be messed with.

Though not a great deal of information as been released on this cutie it has already been confirmed that it will star in the next Pokemon movie titles; “Cocoon of Destruction and Diance”, which has recently been renamed alongside the reveal of the Pokemon.

As of right now Nintendo nor Game Freak have released any information as to when there will be a distribution for the legendary but we can all assume we wont be waiting too long to get our virtual Pokemon trainer hands on this stone cold fairy. Keep your eyes on the site for any news or information as it breaks and don’t forget to head down to our comments section to let us know what you think of Diancie.

Pokemon X and Y to be released on October 12