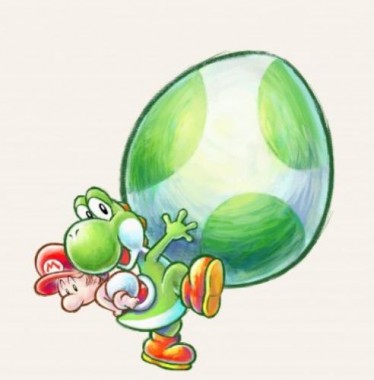 There is something truly special about Yoshi’s Island. The pastel art, the calming gameplay. Just knowing that the third installment (not counting Yoshi’s Story), Yoshi’s New Island –  is due out March 25th gives a lot to be excited for when it comes to upcoming 3DS titles.

Today, Nintendo revealed some new screenage for the game, which you can check out below. These perfectly capture the exquisite art style that gamers expect from the side franchise, and that isn’t all we have word on today. Yoshi fans who wish to book their Egg Island adventure by pre-ordering a copy of Yoshi’s New Island before the game’s launch can receive an added ‘egg-stra’ exclusive to EB Games stores in the form of a handy Yoshi Egg Game Case – the perfect carrier with which to store copies of your favourite Nintendo 3DS games or another cherished small item (Pre-Order Here). So yeah, Australia – consider yourself lucky and to the west, well – we at least get the game.