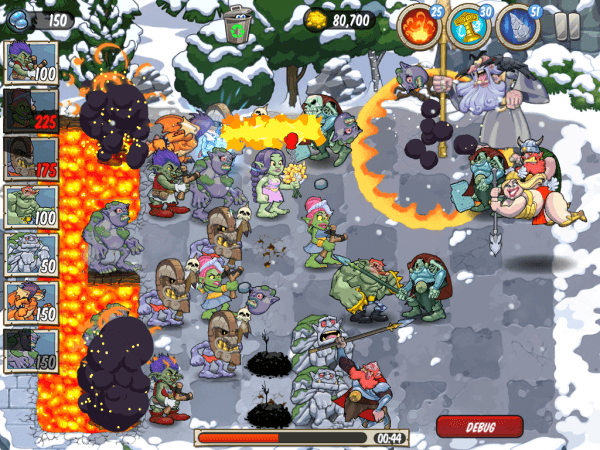 Megapop has announced an up-coming new game called Trolls vs. Vikings. We should see it out on iOS devices on 26th February, but Android users may not see it till later, perhaps mid-year. The game will be available in English, French, Spanish and German so more people can play.

In the wacky game, you control an army of trolls to fight against hordes of Vikings and epic Nordic gods including your favourites: Thor and Loki. The battles are set up like a tower defence game requiring wit and strategy to stop the berserkers. As you probably already noticed, the game is a tribute to a certain undead and flower game, but Trolls vs. Vikings aims to re-innovate using fresh and unique features like movable and active units, dynamic tiles systems and more characters.

Both casual and hardcore players should have a crack at this game with difficulty levels going up to divinely and crushingly hard. In the future, we should see more content updates and multiplayer mode.

Head over to the Megapop website to check out more about the game. 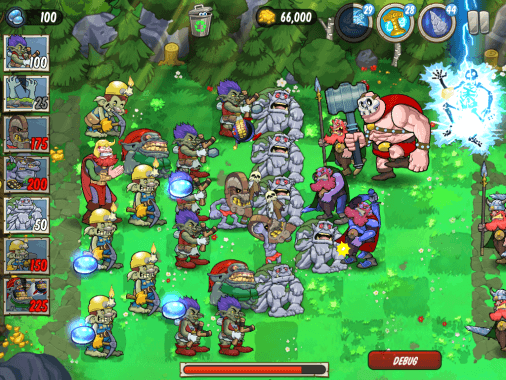