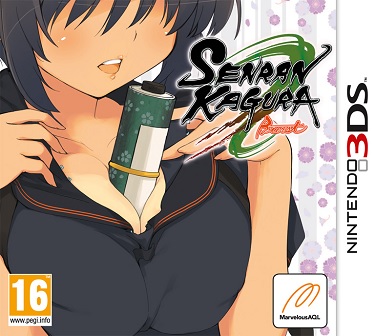 While gamers, myself included, have been able to enjoy the over-the-top fan-service that Senran Kagura Burst provides for a few months, gamers in Europe are still waiting for the title to be released in their region, although they are receiving both a physical release and a digital option whereas North America was provided only a digital release.

Well today publisher Zen United has announced that the game will be released on February 28th at retail and February 27th through the 3DS‘ Nintendo eShop. As you may have noticed the box art for the game has also been revealed and can be seen to the right. As for how the game is, our review of the North American version can be found here.

The Devil is a Part Timer, Senran Kagura, and latest Hetalia anime to be given home release