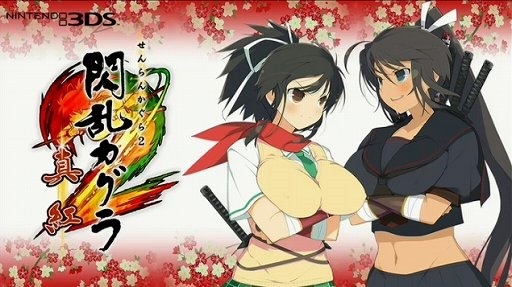 Now that Marvelous AQL’s Senran Kagura live stream has come and gone, details and screenshots for Senran Kagura 2: Deep Crimson have started to make their way online. The story will take place in Kyoto and the game will feature an impressive step up in graphics with the entire game being in stereoscopic 3D.

Also revealed were the two new female characters, the character art can be found below amongst the other screenshots, with Kagura dressed in white and Naraku dressed in green. The game will feature tag-team combat mode called ‘Pair-Play’ with players being able to switch between characters in the middle of the action or play with a co-op partner. Currently Senran Kagura 2: Deep Crimson is set for release in Japan on August 7th for the Nintendo 3DS.