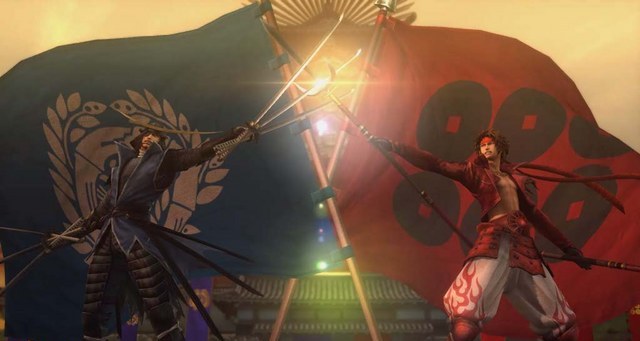 The fires of rivalry and camaraderie burn strong

In addition to the already established characters, the game will add a few new faces to the fray. Shima Sakon, Shibata Katsuie, Yamanaka Shikanosuke, Goto Matabei and Ii Naotora will bolster the roster of playable characters whilst Kyogoku Maria and Ashikaga Yoshiteru will join as NPCs. Certain characters paths promise to contain an “anime route” that will see special cutscenes provided by Production I.G. (the studio behind the entire Sengoku Basara anime saga)

So check out the trailer below and get fired up for some hack and slash carnage. When old foes and new old foes clash, who will be the one left standing? Either way there’s only one thing left to say…Get your guns on!