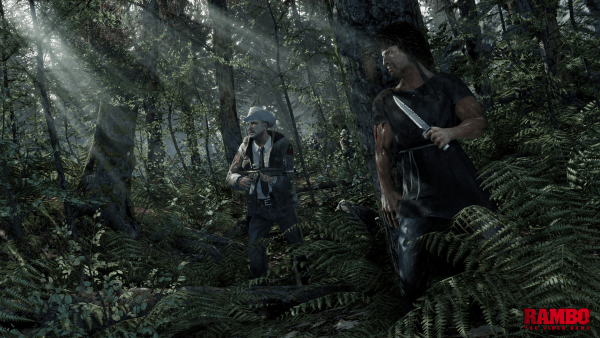 Yes, we’ve seen a few clean snippets of gameplay from Rambo The Video Game in a previous trailer, but a new compilation of raw clips has found its way online showcasing the HUD, interface elements and more of this on-rails shooter… and it’s not pretty folks.

Maybe the next film will center around the mercenary hunting down whoever released this gameplay video, because it will do nothing but hurt potential sales and lessen Sly’s royalties. If you’re a Rambo fan, maybe this will be too much for your heart to bear. Check it out below, but don’t say we didn’t warn you… it’s practically old school, arcade Time Crisis with a Rambo façade (no, that’s actually not a good thing).