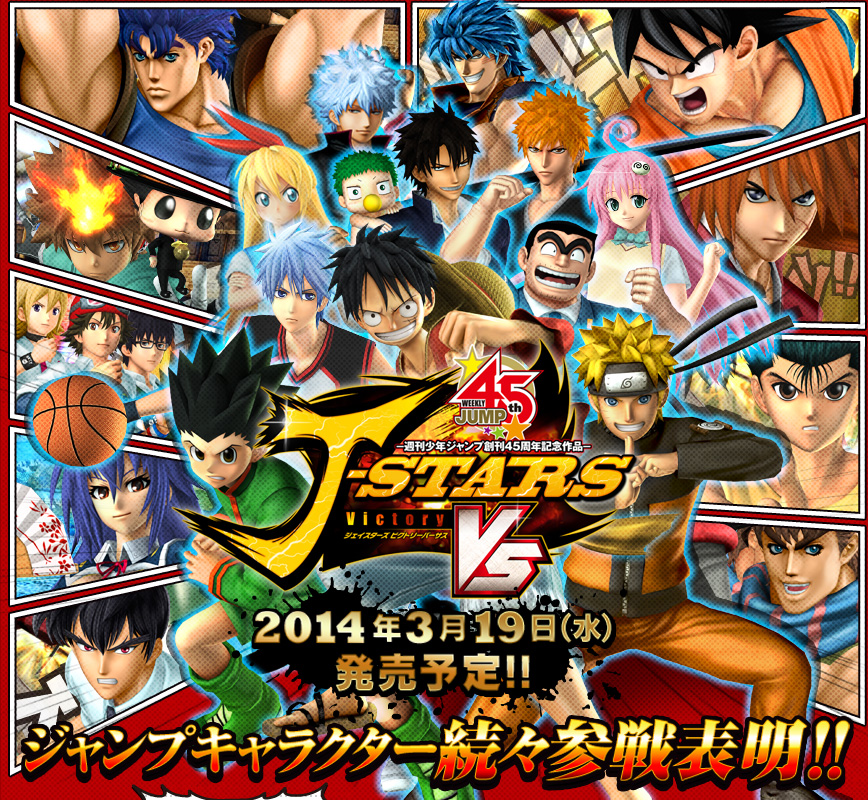 A brand new trailer for J-Stars Victory VS has been released by Namco Bandai Games. The brand new trailer features a truck-load of gameplay footage and detailed shots of the announced characters in action. Alongside that is the newly revealed theme song for the game ‘Fighting Stars’ as performed by Akira Kushida, Hironobu Kageyama, and Hiroshi Kitadani who are also known as the AniSon Big 3.

The AniSon Big 3 open the video announcing their involvement and commenting that they believe it is the best rock-n-roll track they could have created and they put as much fighting spirit and energy as possible into it. The game itself is of course a mash-up of Shonen Jump series, featuring a plethora of characters from the magazine brawling it out with one another.

You can check out the trailer for J-Stars Victory VS which features the song ‘Fighting Stars’ below. Be sure to stay tuned for further J-Stars information in the lead up to its fast approaching release for the PlayStation 3 and PS Vita.