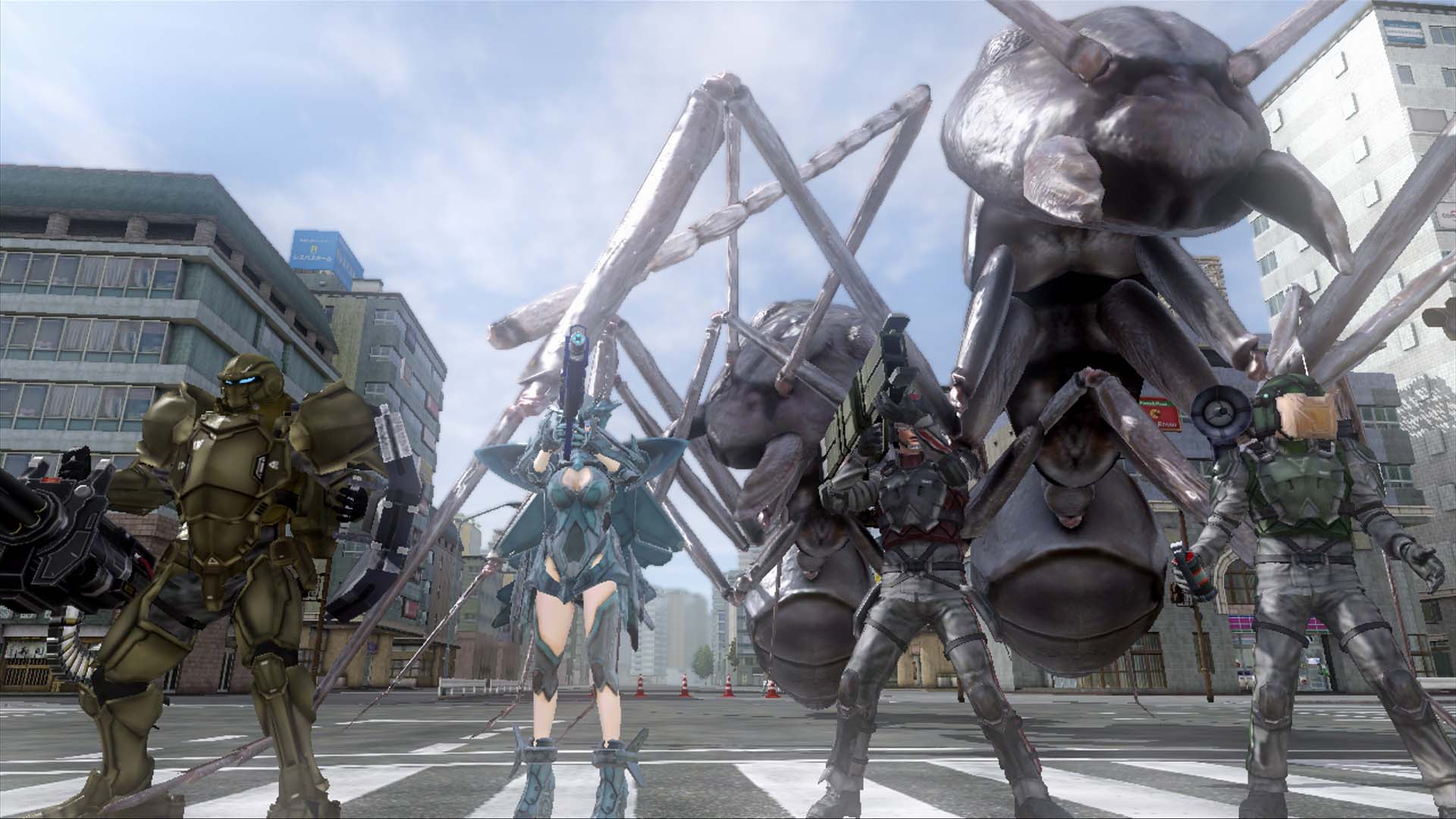 The insects are coming and it’s up to the EDF to exterminate the new pest threat! Earth Defence Force 2025, the followup to Earth Defence Force 2017 by D3Publisher, puts players in the role of the EDF unit who are in charge of saving the planet from an invasion of monstrous insects and robots. The game doesn’t take itself too seriously, with giant robots, more crazy weapons and insane amounts of destruction.

You can view the Ranger, Air Raider, Fencer and Wing Diver rip through the insect infestation below in the latest trailer for Earth Defence Force 2025 and also check out the newest batch of screenshots which demonstrate the games multiplayer features. The game is coming to both the Xbox 360 and PS3 with a release date set for the 21st of Feburary 2014. Please be warned if you have a large fear of giant insects then you might want to just stop here.