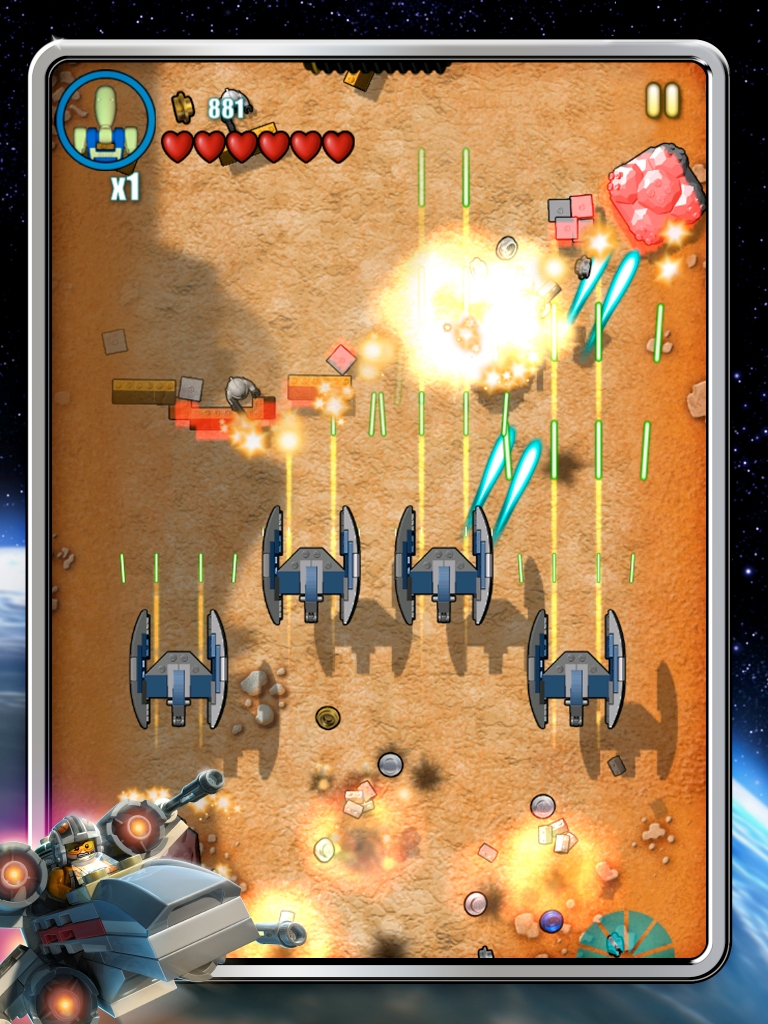 These are the droids looking for you

Warner Bros, TT Games, LucasArts and The LEGO Group have announced the release of their next title for iOS LEGO Star Wars: Microfighters. Players can fly for the Rebellion and Galactic Republic, or turn to the dark side to play as the Empire and Separatists. All the fun of the Clone Wars and Galactic Civil War right at your fingertips.

The game allows players to pilot any one of six Star Wars Microfighters to blast enemies, destroy terrain, and collect studs.  Choose from an array of iconic Microfighters, such as the X-wing, Star Destroyer and the Millennium Falcon, just don’t scratch it.  Players will be able to experience 18 action-packed levels spread over four famous planets (Endor, Yavin, Hoth and Geonosis) while engaging and blasting over 35 enemies. Remember to shoot first, otherwise it may cause trouble.

LEGO Star Wars: Microfighters is available now in the App Store for the low price of $0.99. Check out the screenshots below, grab your ship and prepare to bullseye some targets. May the force be with you.

The LEGO Movie Videogame Out Now in the UK