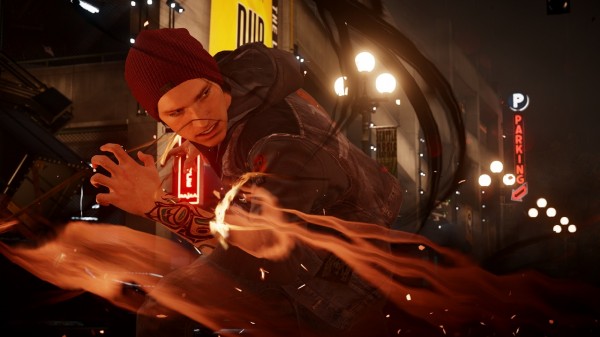 inFamous: Second Son isn’t set to come out until March, but that hasn’t stopped Sony and Sucker Punch from collecting the accolades the game has accrued so far into the latest trailer for the upcoming game. With still a few months until its release, Second Son already has plenty of praise for its visuals and powers for players to explore in the open world game.

Those wanting to see what journalists are saying about the newest in the inFamous series from what has been shown at conventions and the like can see the accolades trailer for themselves embedded just below. In addition, to showing off the praise there is plenty of nice visuals in the trailer itself, so even those wanting to see more of the game can enjoy this new trailer. inFamous: Second Son is currently set to release March 21st, 2014 exclusively for the PlayStation 4.