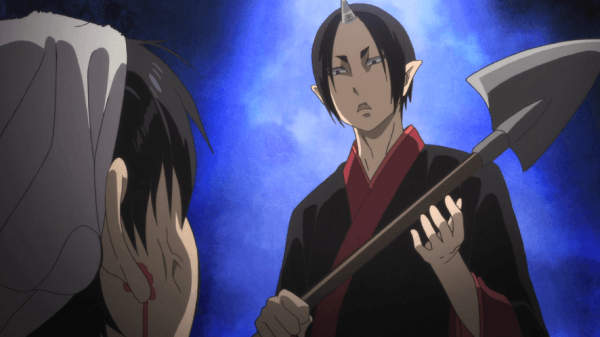 Another week, another episode and I’m so glad because I cannot get enough of Hozuki No Reitetsu. Welcome back to another installment of Hozuki No Reitetsu Anime Impressions, I hope you’ve all been as excited about this new episode as I have! This week marks the release of Hozuki No Reitetsu episode three, an episode still made up of two smaller stories yet these particular stories just so happen to be directly connected to one another and they have to do with the rivalry that has been burning for what seems like ages. Hozuki and his old yet still relevant enemy, Hakutaku, meet up once again only to be tossed back into the same old nonsensical arguments and disagreements that plagued them back when they first me. We’re introduced to Hakutaku in the first story of the episode and then we’re shown…well…how their discord came to be, hence the episode name. Enjoy! 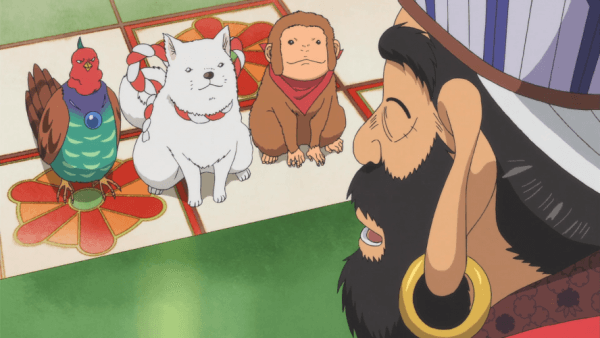 If you actually watched last week’s episode than I’m sure you’ll recall a conversation that took place between Hozuki, Shiro the dog, the visiting Satan and Shiro’s boss alongside his wife – well it seems as though the wedding that was mentioned during that conversation is coming up and Shiro doesn’t exactly know what to get his boss, King Enma suggests an Immortality Peach from the fields of Shangri-La but it seems like Shiro and his two animal pals will need an escort…Hozuki. Unfortunately for them our main man Hozuki pulled an all-nighter because he had to complete something extremely important but he had been sleeping all day by that point in time so they go to wake him up. Eventually they make it to Shangri-La, after waking up Hozuki and making us laugh in the process, and once again meet up with their old pal Momotaro who now works for a Chinese medicine demon while also picking peaches, that Chinese demon just so happens to be Hakutaku, the man Hozuki hates more than anyone in the known world. 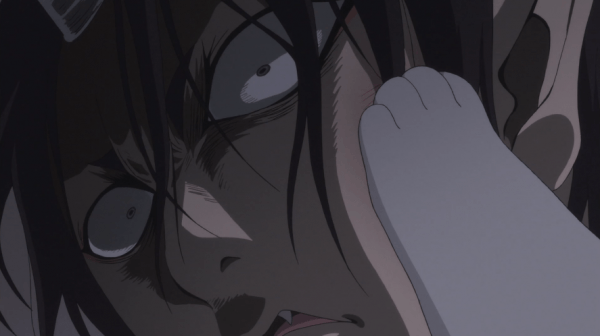 This entire episode, not just this story, shows us the other side of the titular character, he’s not as cool, calm and collected as he seems when it comes to his old rival and the show makes that known…big time. Meeting up with Hakutaku kicks off a series of humorous conversations that mostly revolve around Hozuki or Hakutaku doing something better than the other or looking similar to each other but hating, and swiftly denying, that they actually do share similarities both physical and personality wise. I think adding in a character like Hakutaku was a good idea for the series only because it adds another level of comedy to the already funny series; before this, most comedic scenes revolved around Hozuki’s odd yet stern reactions to situations as well as his ability to shock other characters by not being quite as brutal as they make him out to be but now we have a force that drives Hozuki to the level of screaming and petty name calling, it’s reminiscent of a rivalry between children and it fits in like a puzzle piece. 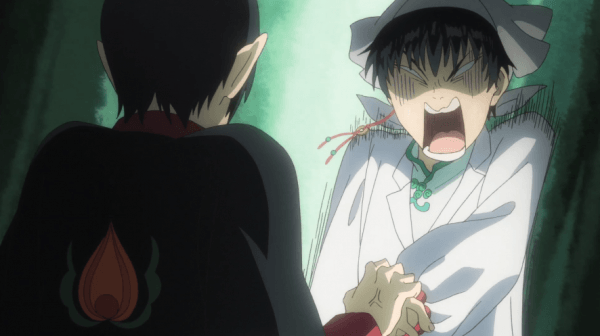 How Their Discord Came To Be:

This half of the episode, though under a different story name, does directly relate to the half before it which hadn’t fully been done yet in the three episodes of Hozuki No Reitetsu currently released; it jumps back in time through a story King Enma tells to Momotaro who is curious as to why Hozuki and Hakutaku are such fierce enemies. Many years ago Japanese Hell and what seems like Chinese Hell came together for an Olympics-like event called the “Goodwill Games” where sportsmen from Japanese Hell would go up against sportsmen from Chinese hell. King Enma explain that the rivalry didn’t start because the two demons were on opposite teams and felt a spark of hatred flicked between them, no, they were actually the two judges that represented the teams and, despite that, they were meant to be as unbiased as they could…why am I saying “meant”? They were perfect judges! The rivalry stemmed from something else! While sitting in the break room the two men had nothing to say to each other, after Hakutaku could no longer stand the silence he baited Hozuki into a wager; he made a bet that the next woman to come out of the shared toilets will have big breasts, obviously Hozuki took the other option of the next woman having smaller breasts and they waited. 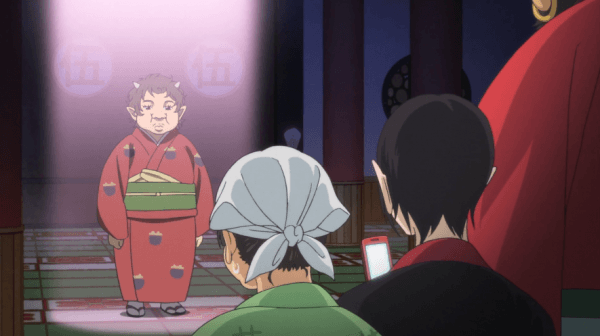 It wasn’t long until a figure emerged from the bathrooms but whatever this thing was…it could not be labelled a gender, it had large boobs though it looked like a man so the two began to argue, this is what lit the burning fire of hatred between the two. The episode gets so much better when it cuts back to the present and the men search for that…thing…in order to finally determine which of them was right, it explodes unto a barrage of well-timed comedic pieces that just continued to prove that this show is comedy gold. Hozuki No Reitetsu does something that I’ve barely seen in my time watching Anime, it somehow makes a silly situation down right fierce to the point where you as the view are sitting there feeling the tension until they bring you back to earth with some comment that helps you realize…this is a fight over a woman’s chest. The shows has perfect comedic timing, as I mentioned just above, and I seriously cannot get over the fact that it makes me laugh out loud, something I don’t often do while watching anime. this episode showed us both the story-driven aspect and the hilarious aspect of Hozuki No Reitetsu side-by-side and it worked like a charm. 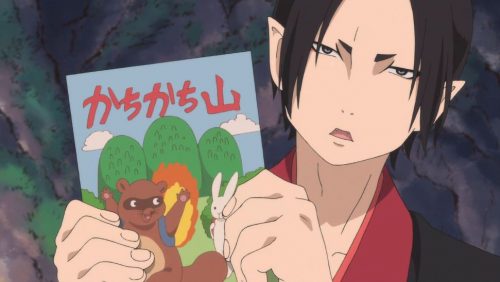 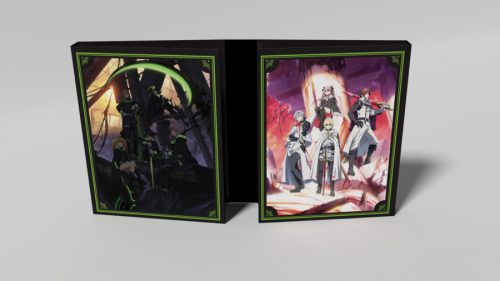