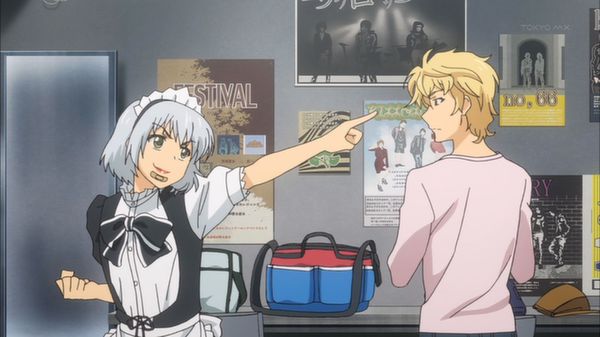 Money troubles – We’ve all had them, we all hate them, and as a student I know them far too well. In fact, after fate tried to do math by adding my laptop to a pint of ginger ale, putting me nearly a grand into the red, you could say that I’ve become a bit of an expert on them lately. If it weren’t for my lovely family fattening me up over Christmas I’d probably find myself in the same position as Akihisa Yoshii from Baka to Test, cutting a block of noodles in half in a never ending loop until I end up with infinite meals. Luckily, I don’t have a girlfriend on top of that or else I would be in some real trouble. The same cannot be said for Tada Banri however. This episode highlighted his money woes as he tried to scrape together enough money, against Kouko’s wishes, to take her on the beach date that she sounded so passionate about last episode. 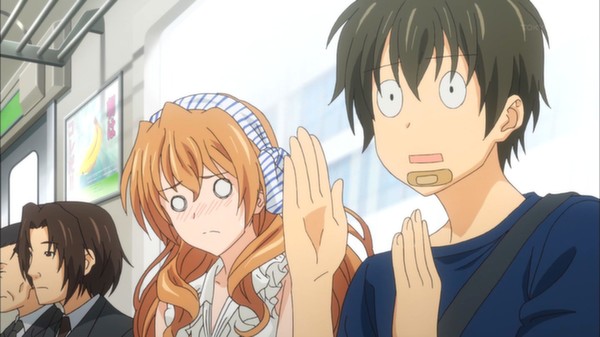 When you’re at university there are a lot of ways to make money. Nowadays, with the wonders of the internet and its ever expanding forms of media, you don’t even have to leave your house to make a decent wage. What I can absolutely guarantee is that there are a million ways of paying for your next meal that beat having to put on a skin-coloured pair of budgie-smugglers and serve drinks to a room of people of differing and questionable sexualities. Call me cynical, but I think Mitsuo might have gotten the short end of the stick on this one… One group that will be making a few easy pennies from this episode though is J.C. Staff judging by how many pictures of Mitsuo’s crotch adorned my Facebook news feed when this episode went live. I guess that’s what I get for bearing the double edged sword of having a lot of female friends that like anime. But, I digress. 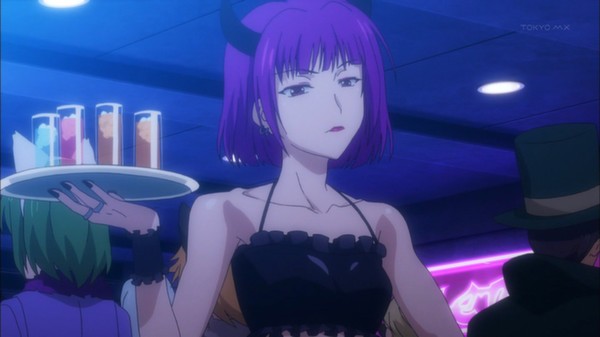 No doubt, the sight of Banri dressed as a maid and Mitsuo basically naked was hilarious and a welcome break from the angst that has been bubbling underneath the surface of Golden Time’s main plot for the last few weeks. However, I would argue that now Banri’s injury has subsided and (outside of a maid costume) it looks like he has his head straight again, the insight into how he feels is a lot more significant and heartfelt. What could have been put down to a fever before is now a genuine thought constantly gnawing at him in the back of his mind. 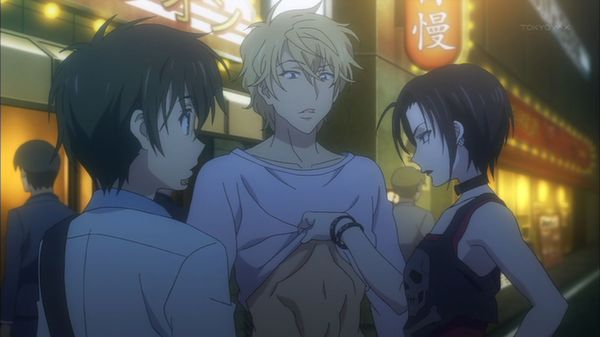 What I will say about this episode is that in all honesty it felt unneeded and as if J.C felt the need to spoon feed the audience. Anybody that had been paying even the slightest bit of attention to the last 2 episodes could tell you that Banri still has feelings for Linda and that Kouko has reason to feel insecure. The only part that was actually essential to the story was the final scene of the episode where we found out that Kouko was the one that took the photo of Banri and Linda. Now that she knows Banri has been lying to her and his bad guy side is finally revealed, it will be interesting to see how she reacts. What I am more interested to see though is how Banri reacts. As I have to keep reiterating, he seems like a nice guy, but his incredibly realistic flaws make him a bit of a bad person. Like most men and women, he has everything he could want, but still he wants more and he can’t help that. For the story to end in a satisfying way I think Banri needs to decide whether he wants to live his future as his past or his present. We still have another half of this anime to go and it will be a long time before we find out what he decides, but goddamn is this anime doing a good job of keeping me coming back in hope of finding resolution. 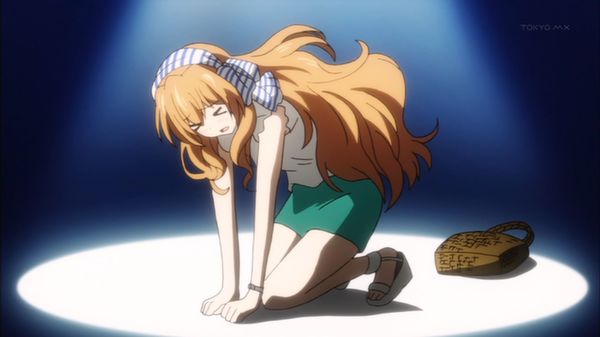 That’s it for this episode’s impressions (I’m nearly caught up!). Thank you for following me and my fellow reviewers in 2013 and i hope I can continue to bring you hopefully enjoyable and informative impressions of some of my favourite series throughout 2014. Keep an eye out for Winter 2013 picks where I’ll be telling you what I think you should be watching next season. I’ll be picking up another series to accompany the latter half of Golden Time and I am very excited about it so make sure to stick around on our Anime Impressions page to find out what it is! 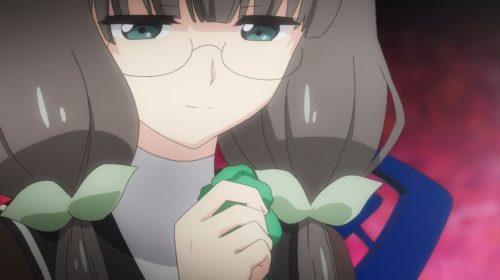 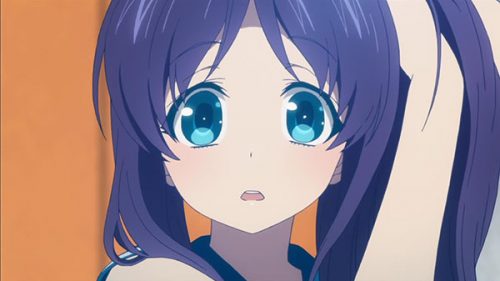