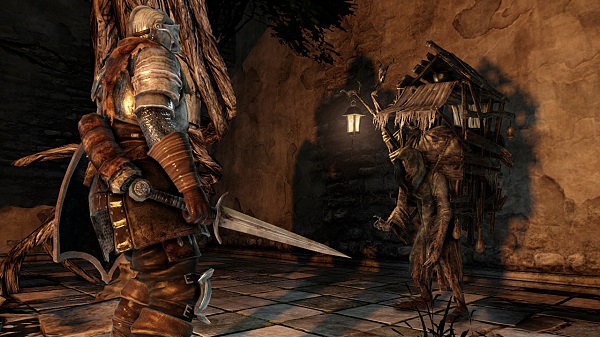 On January 28, 2014, Namco Bandai hosted a small showcase in San Francisco USA, highlighting all of their upcoming titles. One the biggest things they promoted during their New Year Showcase event was Dark Souls 2, the sequel to the popular title Dark Souls. It was actually nominated for Most Anticipated Title in our own Capsule Computers Game Of The Year Awards 2013.

Namco Bandai was generous enough to allow us an hour or so of hands-on gameplay each. To start this off, the cinematic introduction was pretty amazing. I’ve only had a bit of experience with Dark Souls, but the cinematic intro really sets the tone for the gameplay. Watching the story unfold of how you, the main protagonist, becomes cursed. Your goal is to seek a cure to your unending agony, which is pretty difficult. I tested this game on a PS3, and the controls were pretty crisp and responsive. Movement in the game was pretty easy to get used to, though some of the options and interfacing were troublesome. I had to mess around with every button a few times before I actually figured out what I could do with my character. After you figure it all out though, it’s very simplistic and terribly easy to get used to. 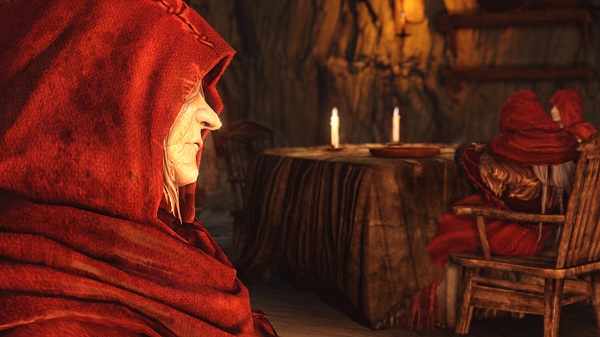 The character creation segment of it allowed a large variety of customization in appearance and class. There were a lot of different classes that the player could choose between, each with unique stats and weapon sets representative of their unique class. I chose the Knight archetype and decided to play with the character customization. You’re allowed to change the way your character looks, whether you want him/her to be short, fat, tall, or skinny, the player is given the power to choose what they look like. While there are pre-set models, they give a huge selection of sliders for you to prod around and play with. When you’re first thrown into the game, there is a small tutorial zone where you get to learn the  buttons and how to handle combat in the game. The first foes I met were a couple of zombies. The game allows you to choose between Light attacks or heavy attacks, either on your right hand or left hand. The combat, while a little clunky at times, felt a bit more fluid when using certain weapon sets. I had a sword and shield equipped and would cut through the zombies in two swipes. I figured ‘Well this game’s really scaled down compared to the first one huh?’. WRONG. 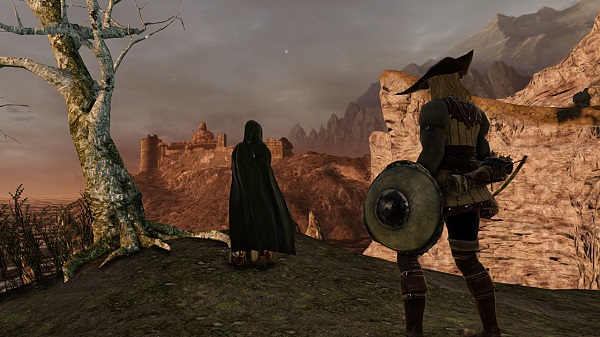 As I looked around and tried to uncover new gear and zones, I landed upon a tunnel that opened up into a huge landscape that resembled an old ruin. In front of my stood a huge, hulking behemoth covered in armor from head to toe. He was wielding a sword and shield, both of which were probably larger than my body. Of course, I did the only sensible thing there is to do in a situation like that. I ran in head-first. Now throughout the game, you’ll find bonfires, and when you activate it, it acts as a spawning point for if you die. I didn’t know that at the time, but as I ran towards the armored guard, I kept thinking what it would do. It attacked me with its huge sword and sliced me three times. I got lucky with my first dodge as I rolled under him, but he connected with the next two attacks. Just like that, my health was down to about 25%. If players were worried about the game being too easy, don’t be. The game provides a difficult challenge. While do-able after a few goes at it, you’ll really have to come up with a strategy for the gameplay, and I’m sure that’s what From Software was going for. There are ways of regenerating your health. You can acquire Lifegems throughout the levels that will slowly regenerate your health. While it does help your survival, the use of it will not prevent death. The health regen slowly trickles in, so it takes more than just spamming your use key to save yourself. The game requires planning and a slight knowledge of the mechanics of the foes you’re facing. 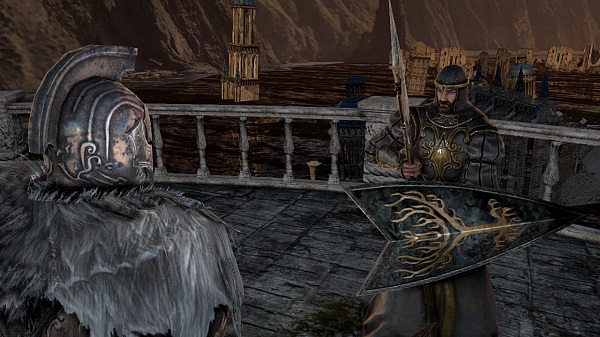 After a few more tries, and finally getting through the blockade of mobs that were hell-bent on destroying me, I arrived to a misty portal. I entered, hoping that I would be finished and entering a new level, but instead, I was put in front of a huge red armored monstrosity, wielding a halberd. Needless to say, he killed me within a few seconds of my engagement, and I was put back to the beginning. Dark Souls II is everything I hoped it would be. The graphics are downright stunning, the gameplay and mechanics were well-thought up and it allowed a lot of customization in the game, whether it’s through character customization or gameplay-wise. Players should look forward to the steep learning curve and embrace the fact that you may not be able to fully grasp the game during your first run through. The game will be released in March, and will be available for the PS3, Xbox 360, and the PC. You check out their site here to pre-order. 2014 is going to be a good year.