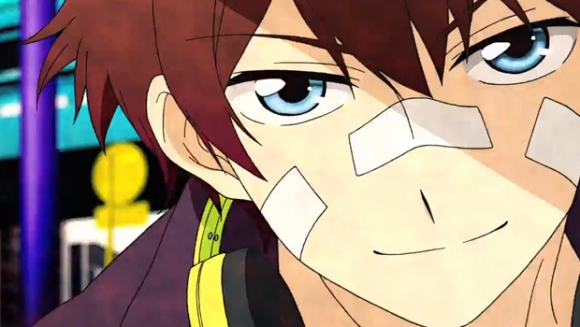 The online media distributor Crunchyroll announced on new years eve that they have acquired the rights to stream the upcoming supernatural Anime; Hamatora The Animation. The Anime, which revolves around a group super-powered humans that solve odd and supernatural mysteries, will start its run both in Japan and on Crunchyroll on the 7th of January which is actually less than a week away. The series’ episodes will be released once a week, as per usual, and will be shown on Crunchyroll at 1:00pm EST every Tuesday.

Premium Members except for those living within Asia, the United Kingdom and Ireland will be able to watch it as soon as it is released on the 7th and Free members that are watching from Australia, the United States, Canada, New Zealand, South Africa, Denmark, Finland, Iceland, the Netherlands, Norway and Sweden will still all be eligible to watch though it will be a week after the Premium Member release. Hamatora The Animation is gearing up to be a great series and, considering it is a mixed-media project, it’s also looking like it’s going to be a fantastic franchise.