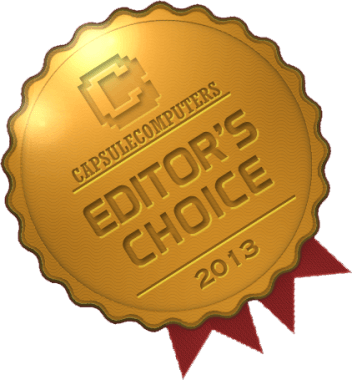 Every year, we run our annual Game of the Year, to which the results are found by the entire staff of Capsule Computers coming together and debating to the death – until one winner is crowned. Editor’s Choice however works a little different, as it is made up out of our own personal favorites that built 2013. Join us as we share our picks for the year that was in Capsule Computers 2013 Editor’s Choice Awards. 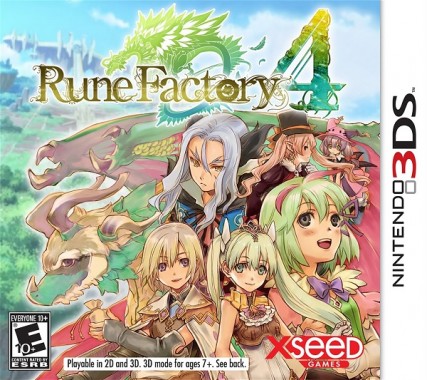 Rune Factory 4 may have been my first time with a Rune Factory game but after spending plenty of time with the Harvest Moon series over the years it clearly has presented itself as the superior franchise. There is so much to do in the game outside of the farming aspect and the combat and crafting systems give players plenty to do. Along those same lines the characters the players come across have their own personalities with a number of great characters making it hard to choose which one to settle down with. With so many things to offer, it is easily one of the best games I’ve had a chance to play on the 3DS and one that I’ve been going back to time and time again. – Travis Bruno 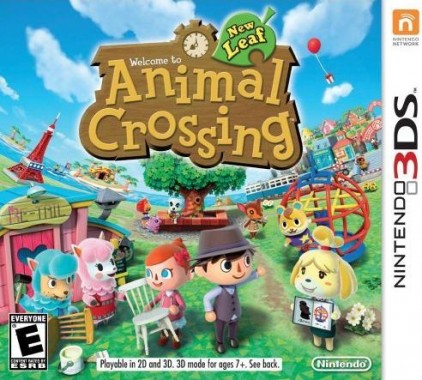 Come back tomorrow, as more adventure awaits. That is the entire mechanic that Animal Crossing: New Leaf relies on. I honestly was going to go with Pokemon X & Y or Super Mario 3D World for my choice this year, but after three months of what felt like non-stop play – followed by a two month hiatus, I decided to go back in and explore the village that I created, Potedia. I dreaded going back, honestly. I knew there would be weeds, missing villagers, and roaches galore – but with over 100 hours already, I owed it to my town and myself to attempt to recapture the magic I found earlier this year. Instead of heartache and frustration, I was greeted with a random animal who was excited to see me, and wanted to make it a game to clean up the town. Villagers, while fewer in number were also extremely eager to see their Mayor yet again, and it was like I never left. That night, we built a snowman, did errands, shopped, and discussed the town affairs over a hot cup of coffee. I was home again. Animal Crossing: New Leaf defined my year in portable gaming as it is always ready to invite you in, and provide memories that will keep you coming back for more. Is it better than the big AAA releases this year? Not really. It is however a game that never wears out its welcome due to the revolving door of surprises that are drowned in sweet, imaginative charm. – Dustin Spencer

Fire Emblem Awakening/Ni No Kuni: Wrath of the White Witch 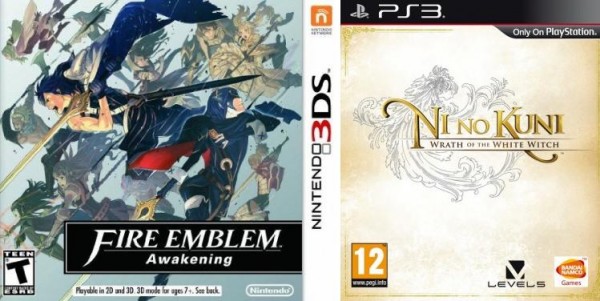 2013 has been an interesting year for gaming in my opinion. While there were plenty of games that I enjoyed, there were few that I genuinely loved. When it comes down to it, there were two games that really hit me, they were Ni No Kuni and Fire Emblem: Awakening. These two games were a special breed. Being the JRPG fan that I am, these were obviously hot on my radar and both delivered incredibly. Fire Emblem: Awakening was a masterclass in strategy RPGs and Ni No Kuni was a marvelous blend of different RPG styles. Both games win my Editor’s Choice for taking the JRPG genre to greater heights than it has reached in a long time. The next stage of JRPG is here, I can hardly wait to see what’s next! – Luke Halliday

READ REVIEW FOR NI NO KUNI: WRATH OF THE WHITE WITCH 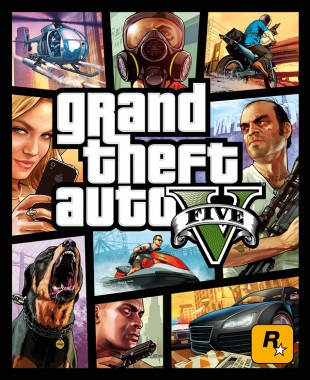 Now, The Last of Us was my Game of the Year pick, but I’d like to take this opportunity to give respect to the worthy runner-up in my humble opinion. It’s funny too, because last year I also chose this developer’s release as my Editor’s Choice. That game was Max Payne 3, and this year it is Grand Theft Auto V. And speaking of being one of the most consistent developers in our business, Rockstar is up there right next to Naughty Dog on my list.

Grand Theft Auto V pushed the technical limits of now last-gen hardware in ways that many probably didn’t understand or appreciate. It was the quintessential GTA experience, providing us with the largest, most varied open-world, a character in Trevor who became an instant fan-favourite, more of that signature humour and satire, refined gameplay and even a non-linear angle to attack missions from. It also became the best and fastest-selling title in history, reflecting just how fun and entertaining it truly is. Rockstar North have set the bar extremely high for themselves… I mean, we can’t expect character switching in every iteration from here on out! Or can we?… – Zac Elawar 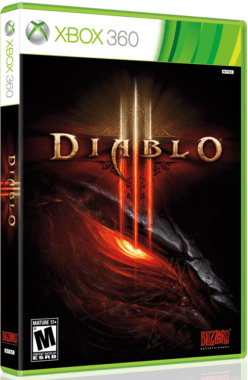 Diablo 3 had garnered much praise as well as vulgarity with its initial PC release. But once the public found out there would be a console version, even more mixed feelings entered the fray. From PC players angered over the lack of multi-platform play to gamers simply refusing the game due to the PC’s failed real money auction house, many believed it would be a flop. But for those of us that stuck our necks out to try the game, we knew what we were doing. When Diablo 3 was made for the console it had the same story/game mechanics, but it also proved how different of an experience demon slaying can be. The console allowed us to bring multiplayer back to the couch – where it belongs. Four players cooperatively engaging endless hordes of monsters on a single screen. Then the human competitive nature set in as you now are no longer just battling for your life but also for the best loot! Demons, friends, and loot – what more can gamer ask for? Diablo 3 easily ranks with the top games of this year. – Joshua Moris

The Last of Us 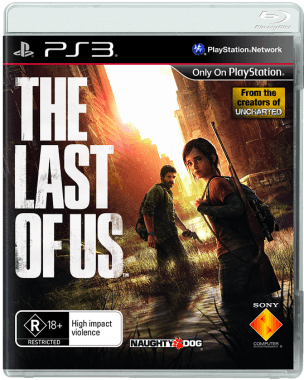 My favourite game this year is Naughty Dog’s, The Last of Us, because it offers players a unique and gripping post-apocalyptic story within an amazingly detailed world. The complex character development between Ellie and Joel drives the narrative forward and emotionally impacts the player; to the point where making in-game decisions is genuinely hard. Additionally, I loved the ability of being able to control both the main characters, because they each provide different gameplay styles. – Vicky Martin 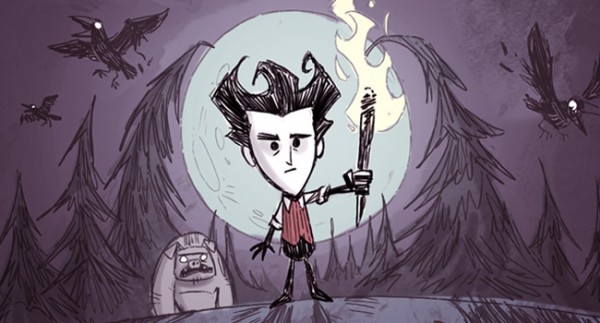 Miss the fear of Minecraft’s first night alone? Cowering in a hole praying that there won’t be a creeper waiting for you when you dig your way out into sweet, sweet daylight? Make that terror every day, mix it with a Tim Burton inspired art style and you get Don’t Starve. Daylight is a rush to gather the necessary goods to survive the night and the evenings are spent cowering by the fire watching your precious sanity ebb away. Each death is a painful learning experience. I started playing in the morning and and the next thing I knew, it was dark outside. Don’t Starve is made of all the risks and quirky ideas indie developers are able to take. Some risky ideas do fail, but Don’t Starve succeeds, making it my pick for the year. – Jamie Laike Tsui 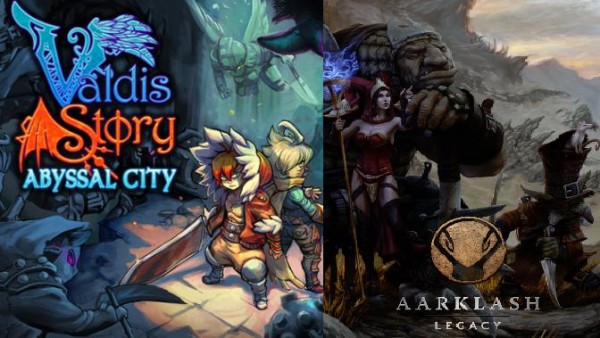 Looking at the year in review, there were some fantastic experiences to be had across the board. It probably comes as no surprise that The Last of Us ranks as one of my top games of 2013. Few games have the ability to really get me emotionally involved, and I shed more than a few tears on the epic journey with Joel and Ellie. Tearaway turned me into a kid again while immersing me in its fun, creative papercraft world. The triple-A titles aren’t the only games that deserve recognition, though. Valdis Story was one of my favorite games of the year. It was bright and colorful, with smooth combat and an in-depth progression system. I would love to see it come to the new consoles. Cyanide Studios’ Aarklash Legacy was also an excellent experience, blending intense strategy with roleplaying mechanics, an interesting setting, plot, and characters. – Joe Morgan 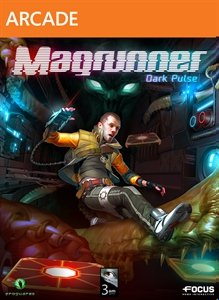 Magrunner: Dark Pulse is an interesting puzzle game that worked well as a combination of Portal-like gameplay and the Cthulhu mythos. While it did have a few shortcomings, Magrunner does do a great job testing its players with the use of magnetism that requires whole new levels of thinking. Those that might overlook it as just a Portal clone would be missing out on its ingenuity and starkly contrasted puzzle mechanics. This is a game that provides what it says it will. – Simon Wolfe