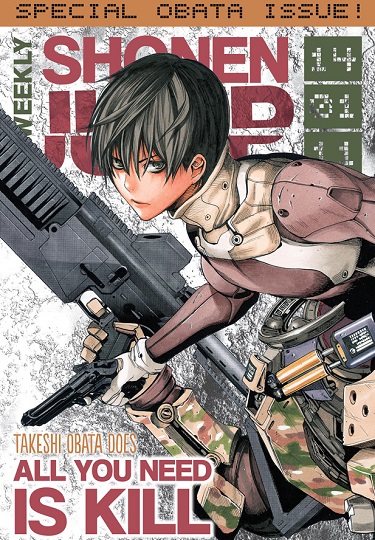 This weekend Viz Media released the latest issue of their digital Weekly Shonen Jump magazine and if you didn’t know, this happens to be the two year anniversary for the digital manga service and the company is honoring this date by including the debut chapter of the All You Need is Kill manga from creator Takeshi Obata.

While the original All You Need is Kill is a novel, described by some as “science fiction for the adrenaline junkie,” has already caught the attention of Hollywood as the novel is being turned into a sci-fi movie that is being called Edge of Tomorrow instead of All You Need is Kill and it is set to be released on June 6th in North America and sometime later around the world by Warner Bros. with stars like Tom Cruise, Emily Blunt, and Bill Paxton filling some of the roles.