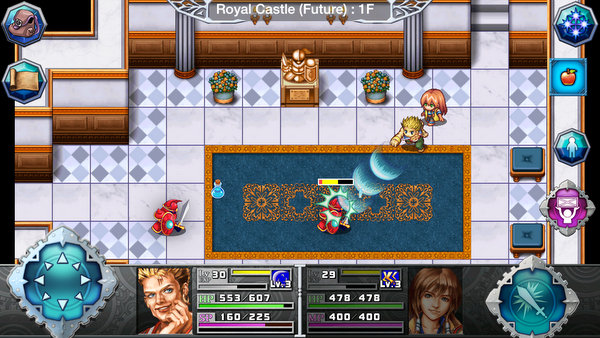 The sequel to the 16-bit RPG Across Age will be released on iTunes on January 16th, 2014. Across Age 2: Of Past, Present, And Future continues the series’ tradition of retro style 16-bit JRPGs. The game features four playable characters, a J-Rock soundtrack, and anime style cutscenes. The game supports the new iOS 7 controllers along with the traditional touch screen controls.

Across Age 2 follows a girl who has come from the future with a secret that risks the entire fabric of time. Players will travel to the past, present, and the future to repair the damage and save the world. The game will see separate releases for iPhone and iPad, with the former costing $3.99 and the iPad version costing $4.99.