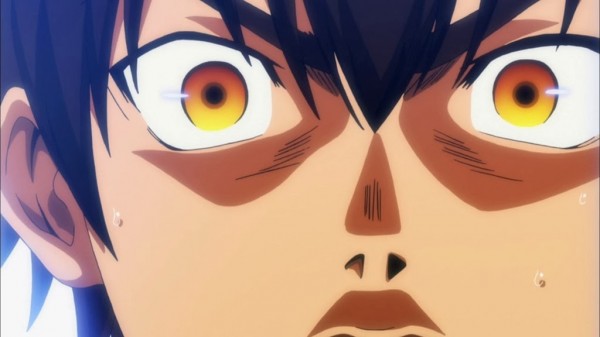 Ace of Diamond
Episode 13 – You’re in the First String

What does it mean to win? What sacrifices come with the cost of victory? Well a wise man once said “Nobody is going to hit as hard as life. But it ain’t about how hard you’re hit, it is about how hard you can get hit and keep moving forward, how much can you take and keep moving forward. That’s how winning is done!”And you know I think that just about sums up the entire series of Ace of Diamond. No matter how hard you get hit, no matter how many curves balls life throws your way, you just keep on dragging that tyre, because whether you win or lose, at the end of the day you took the hit and kept on fighting.

I think this ideology is one that embodies a vast majority of sports anime and stories in general. The idea of fighting on through adversity is something that is analogous with life itself. Anyone who has ever struggled through life knows what it means to take a hit and Ace of Diamond taps into that to great effect. Be it in the story of Chris or in the rise of Eijun. 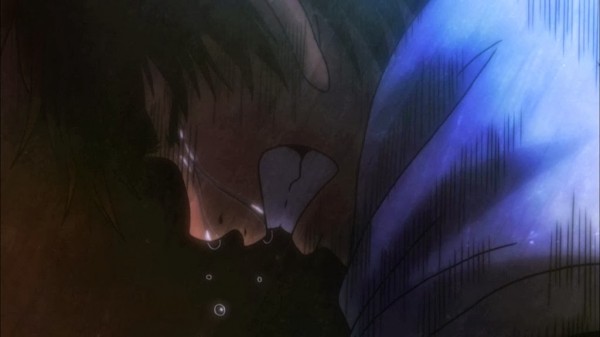 Back when I first started my Ace of Diamond impressions, I remarked that this didn’t seem to be your average sports anime. Boy oh boy was I right. I noted that the series looked to focus on the concept of sacrifice and the things that make it worth it. Over the course of this excellent first cour, Ace of Diamond has explored this at length. Why do we sacrifice? Why do we fight on through pain, blood, sweat and tears? Well as we have seen over the course of these 13 episodes, everyone has their own reason to fight and just as much have their own reason to sacrifice.

In this episode we see Chris at the end of his tether fighting to the end, his injury coming into play once again. But his belief in Eijun is rewarded when he finally taps into that inner ace and unleashes the perfect pitch. In that very moment, all of the sacrifice and pain Chris suffered was justified, it wasn’t in vain. Through the adversity he suffered he was able to pass on his knowledge and help take this diamond in the rough and shine him up into a diamond. 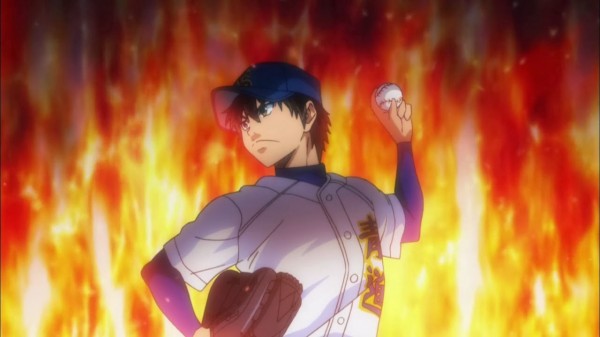 The crushing moment of course comes when Coach Kataoka announces his selections for the first-string. As expected Eijun and Haruichi get called up. As Eijun quickly realizes, this leaves Chris out. Heartbroken that he has surpassed his mentor, desperately wishing to play just one more game with him, Eijun gets a hard hit of reality from Miyuki. “We don’t get to complain or be upset, we have to fight for those who can’t.” The realization sets in for Eijun here. He must fight on for Chris, to make all of his sacrifice worth something in the end.

On top of all that, we get some major pay-off in regards to Coach Kataoka. The man who has been conveyed as a hardass from day one, shows his true colours in a moment alone with the third-years that didn’t make the cut. “Don’t you ever stop making me so proud.” We knew that there was more to Kataoka, but now we see it. He views these boys like a father would to a son and the sacrifice they have each been through and the effort they have all put in was appreciated. Kataoka respects each and every one of them and wishes them the best in their future.

Chris reflects upon his career thus far and ultimately concludes that all of it was worth it for that one final pitch from Eijun. He calls it the greatest pitch he ever caught. It was the proudest moment of his career and validates everything he has fought for from the start. 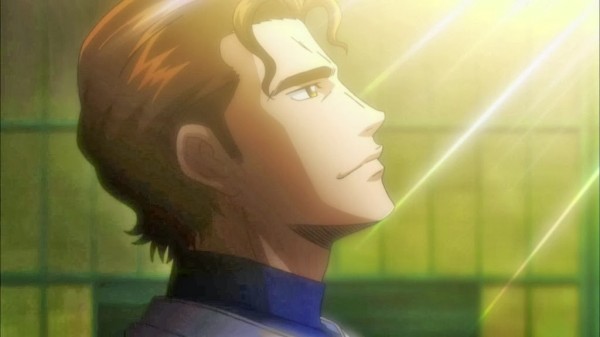 All in all, Ace of Diamond is an absolute triumph of the sports anime genre. It is at its core an exploration of the very forces that drive people to play sport and the sacrifices that come with it. With this episode I end my coverage of Ace of Diamond after one hell of an impressive innings from this sadly under-rated series. I’ll definitely continue to follow Seidou and Eijun on their journey to Nationals and I hope you all do too.

To Ace of Diamond, thanks for reminding us that sometimes life can hit you hard and sometimes it can knock you down, but you can always stand back up and keep fighting on. After all there is a fighting ace in all of us, right Crazy Boy? 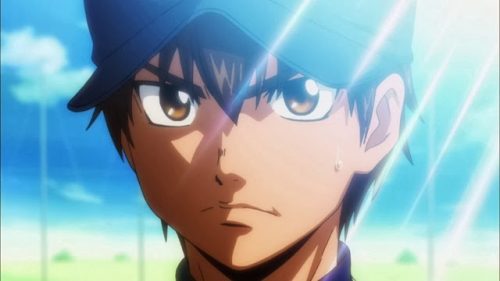